Well, it won’t be ready for distribution for several months, but this year’s Wayzgoose Anthology is on its way to the bookbinder.

This year our contribution is a bit of a farewell to Rhona Wenger, who just retired from the Grimsby Art Gallery, where she has been organizing Wayzgoose for so many years. It is based on cuts on a vegetation theme left from the now-dissolved Book Arts Guild of Richmond Hill (though one of the cuts might be a pair of serpents rather than intertwining branches).

Most of the blocks are lino cuts, but one, the nice “park” scene, is a copper engraving. Unfortunately, partway through the print run it was damaged by a bit of grit in one of the sheets of handmade paper. Bummer. I might try unmounting the plate and carefully hammering the pit out from the back; I suspect almost anything would look better than how it prints right now. 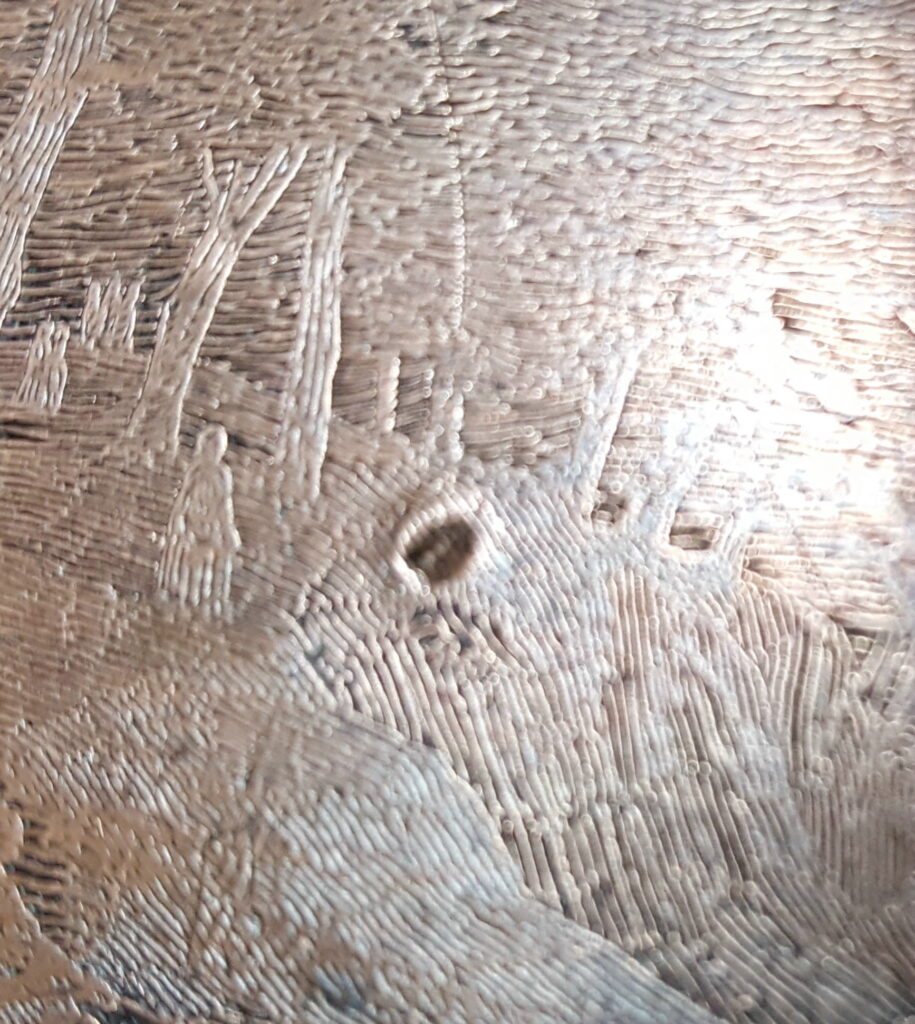 Especially with handmade paper, getting lino cuts and type to print well on the same page really requires two runs through the press, one normally inked with just the type and another very heavily inked with just the cuts to get the solids. Unfortunately I was running late getting this ready so I just compromised and got somewhat over-inked text and somewhat patchy blacks on the cuts. 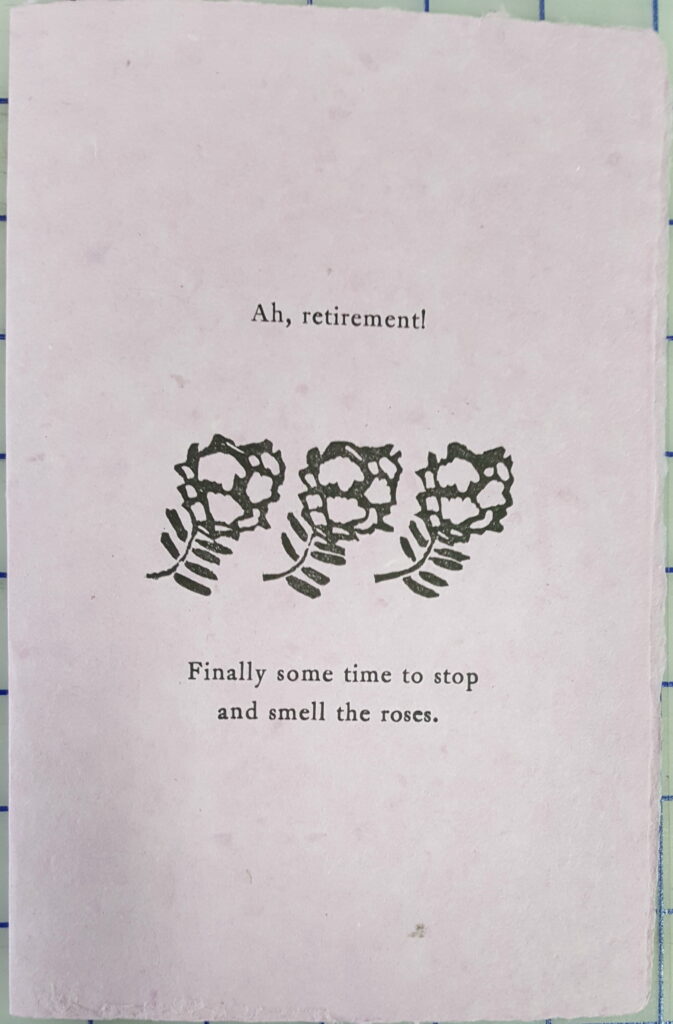 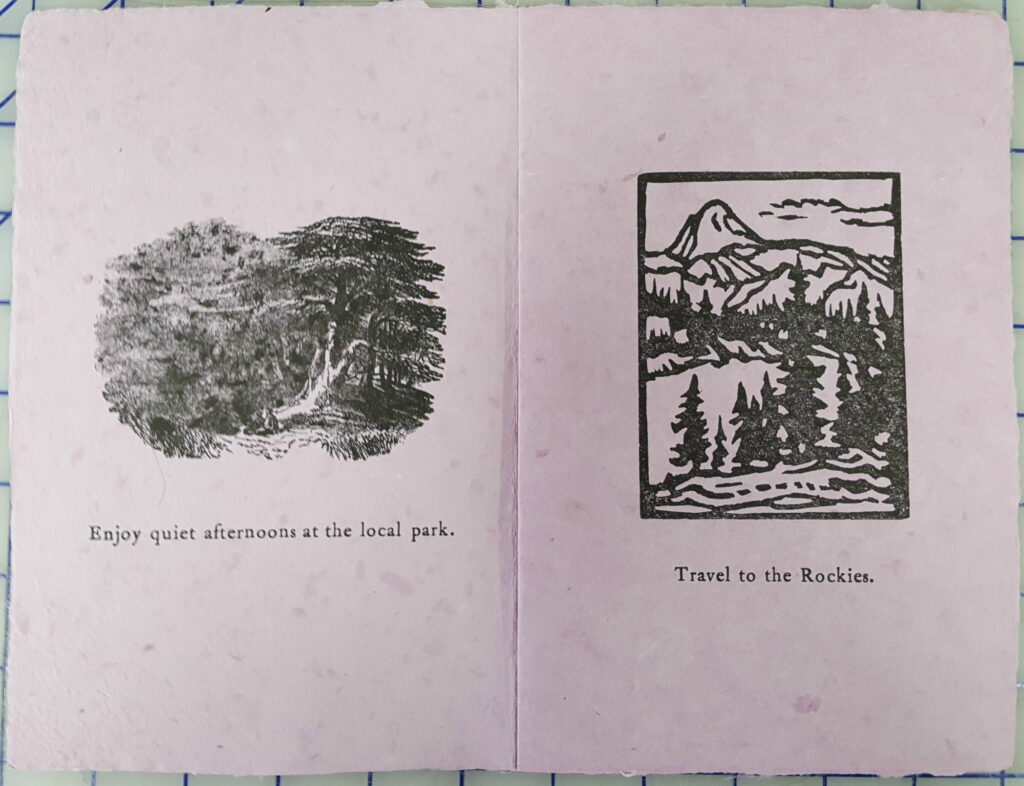 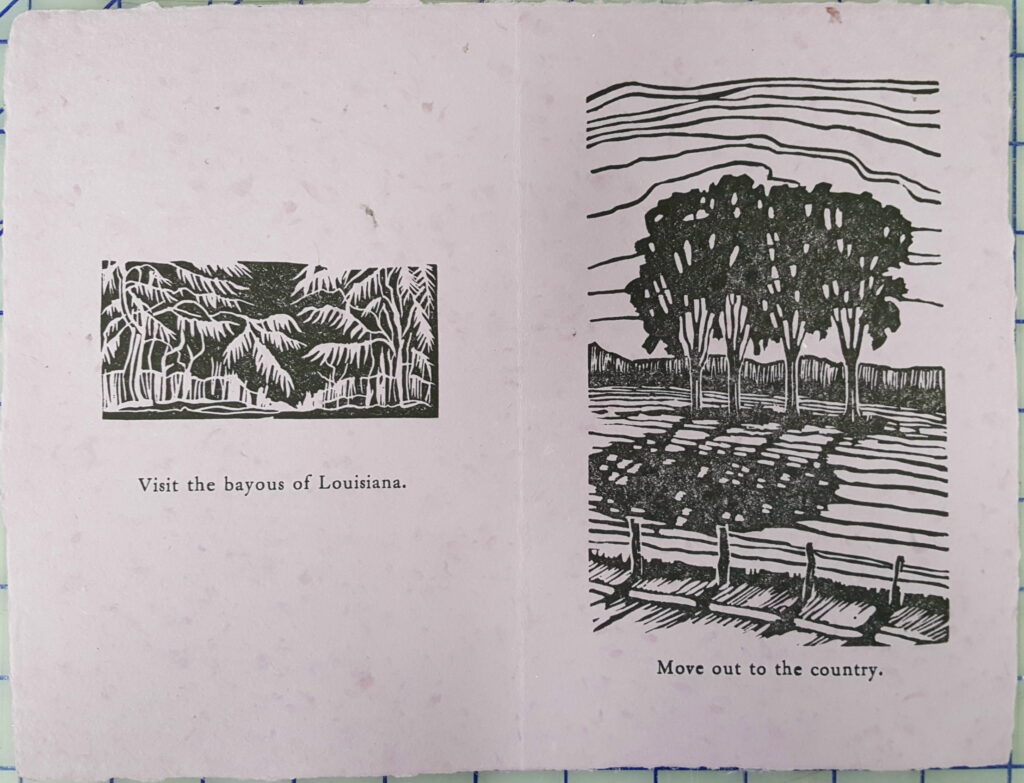 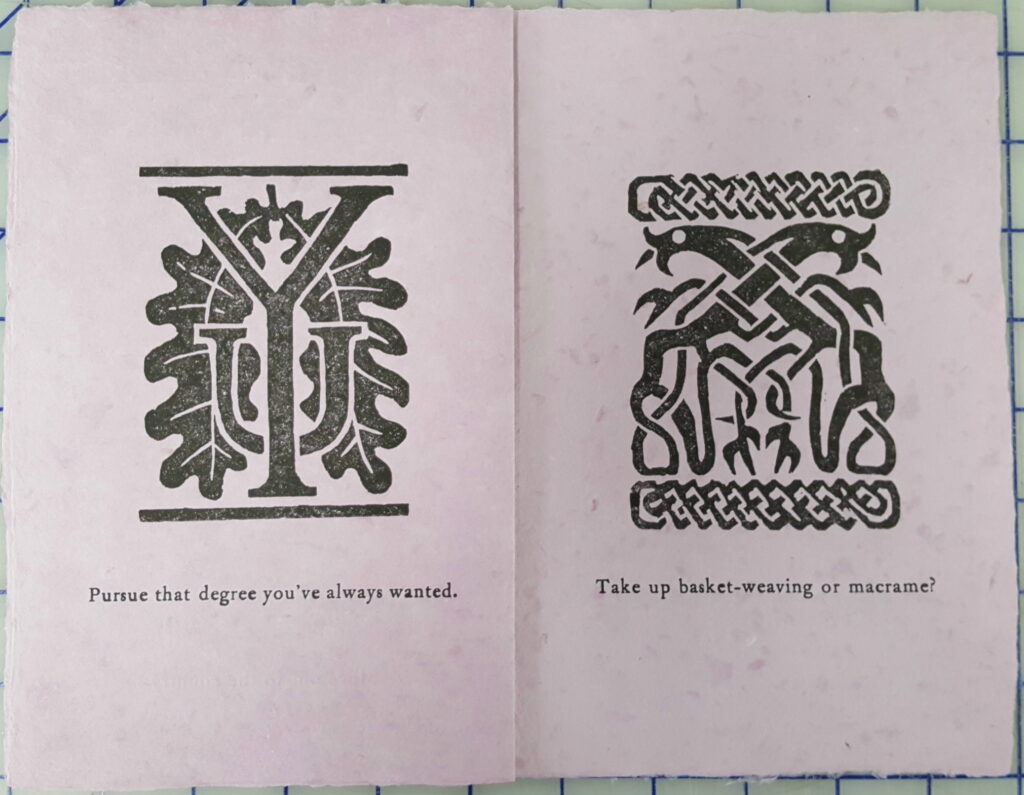