Storage box for brasses and coppers

Posted on 2014/09/09 by kpmartin Posted in Equipment Acquisition, Repair, and Maintenance, Kevin, Type Setting — No Comments ↓

In setting type for letterpress, very thin spaces are sometimes required to fill in a line to match the length of adjacent ones so that everything is held tight when locked into the chase. The spaces are known as brasses (about one point thick) and coppers (about half a point thick). They are cut to be the same height as low spaces and a width to match the body size of the type being set.

Generally they are only used for the occasional line whose length cannot be corrected by replacing existing spaces with slightly wider ones so not many are required. Trying to keep them in the type cases with the rest of the spacing tends to get them lost at the bottom of the compartment which they have to share with other spacing. Instead, we would like to keep them in a separate box which can be pulled out when necessary.

Up until now our thin spaces have been mixed in with the larger spaces in the type cases, or sitting unsorted and generally unusable in a cup. A few weeks ago we found some plastic storage cases in the clearance section at the Lee Valley store in London and bought three of each size. Each case has some fixed partitions and a supply of moveable dividers. With the dividers, the larger boxes can be (almost) divided into 18 compartments of pretty much the same size, which seems ideal for storing brasses and coppers in 9 different sizes. Here is the result, with some of the spacing already sorted from that cup: 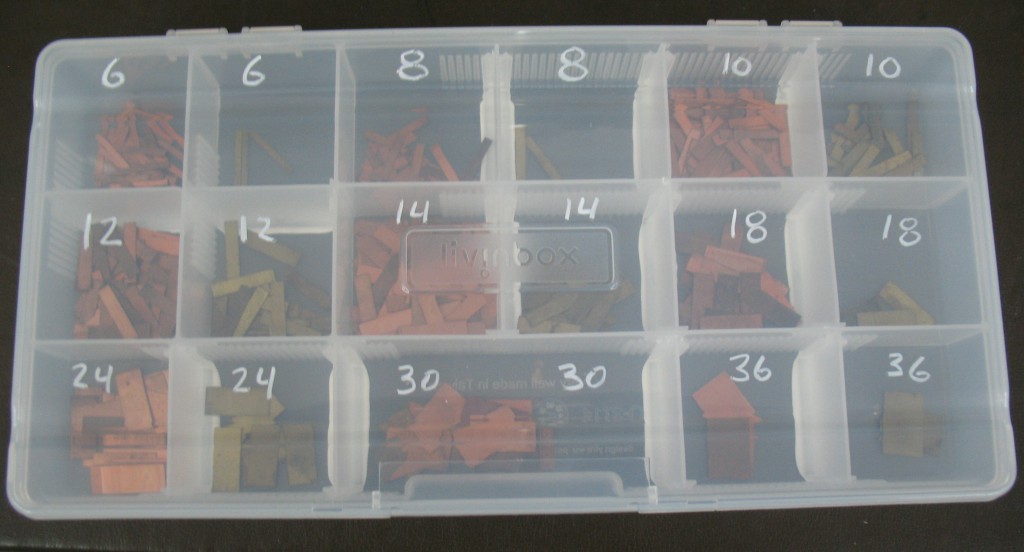 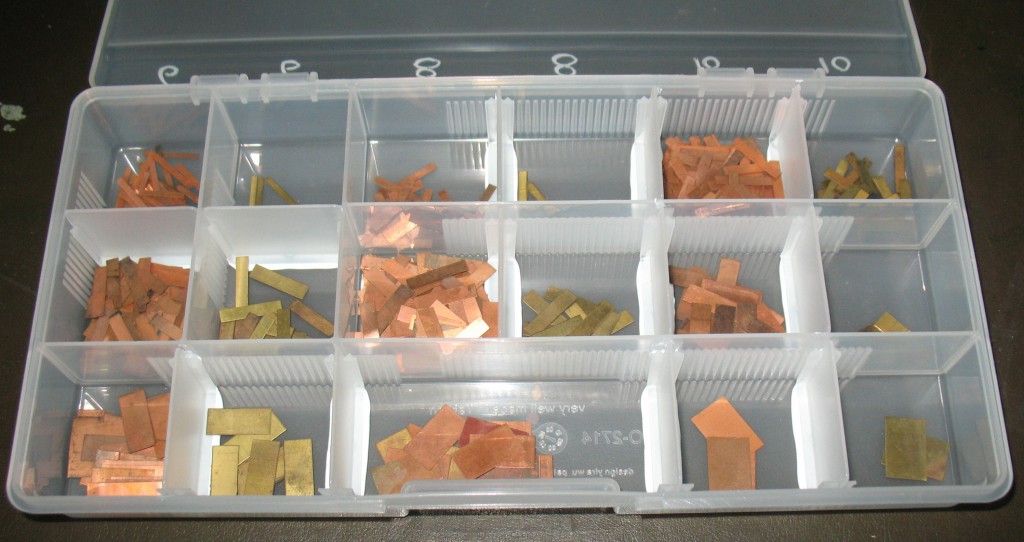 I applied some white silicone cement to the bottom of each moveable partition so the spaces could not slip under them from one compartment to the next. The ends of the partitions are serrated to the spacing can’t slip through that way. The lid is labelled using a grease pencil (china marker). Unfortunately there is no site for a partition at center bottom because of the cover latch so the 30-point spacing is currently mixed brasses and coppers but I should be able to make a partition to fit.

Normally the box would stay flat, but in case someone feels the urge to tuck it under their arm to carry it, I’ll have to take measures to prevent the spaces from slipping between the partition tops and the cover. A thin layer of foam would do it, but that removes the appeal of being able to see the contents with the cover closed.