This weekend while mowing the lawn I found that several branches of my mulberry bush had bent flat onto the ground. Some still appeared healthy but others were wilted.

It would seem that some animal had eaten all the bark from the bottom few inches of these branches. The inner wood was enough, for a while, to keep the branches standing and alive, but eventually some fungus set in and weakened the wood. This, combined with stormy weather, bent the branches down to the ground. On many, the wood just bent, but on others—the wilted ones—the wood snapped.

I’m not sure which critter I should blame for this. The first that comes to mind would be a rabbit, although there seems to be plenty of food for them elsewhere. 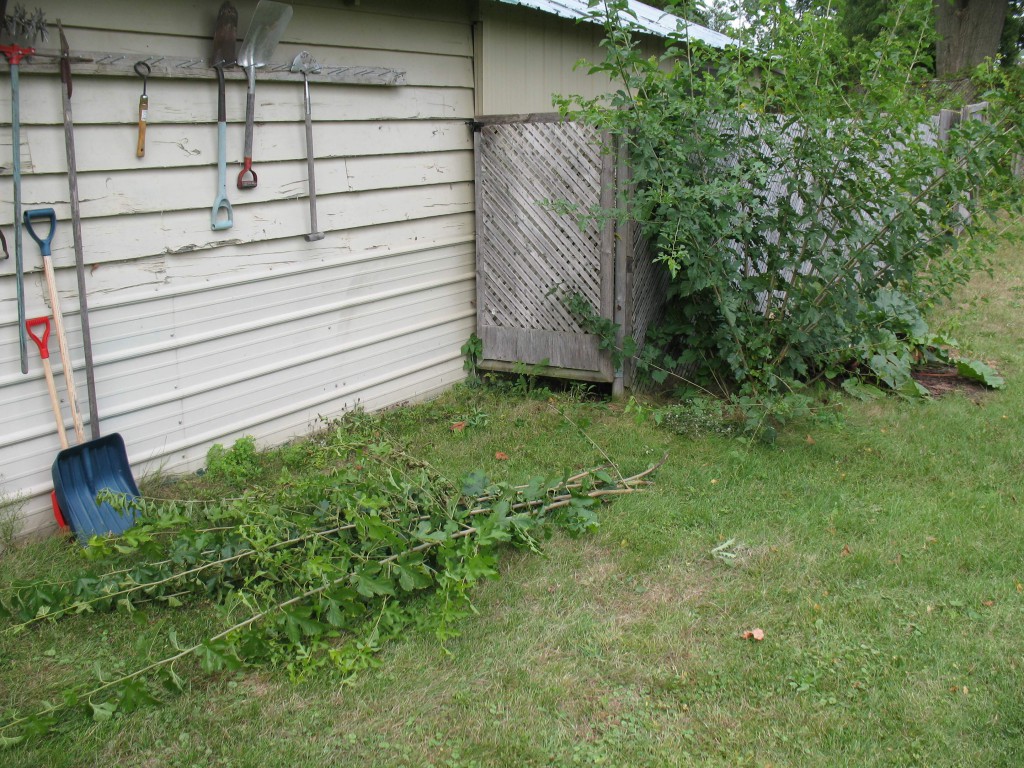 The scene of the crime with the broken branches cut and pulled aside. 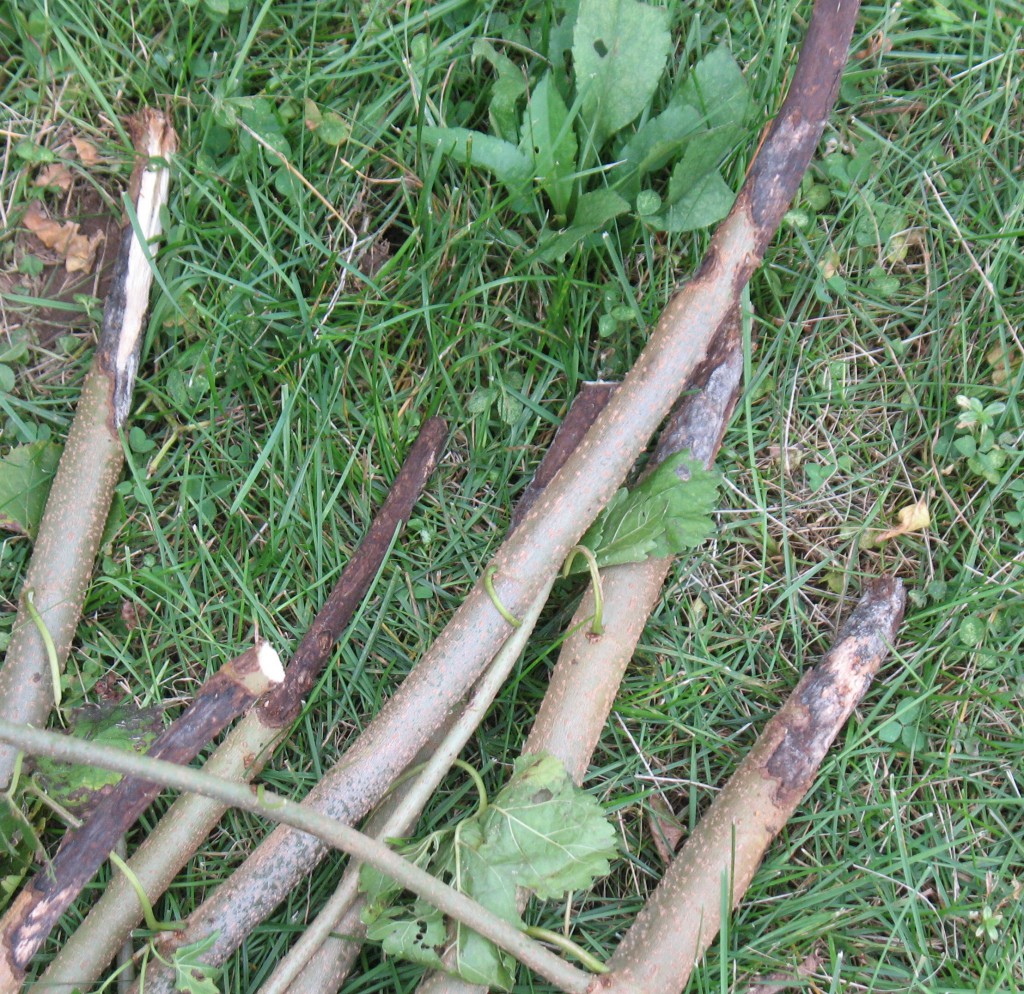 The damaged ends. The black is the normal darkening of the exposed inner bark, while the patches of white are early fungus growth.

The fallen branches have been cut off and I’ll store them to be processed for making paper along with the regular winter harvest.