Yesterday I made a try at casting a font of 12-point Caslon Old Style using composition mats and the computer interface for the caster. 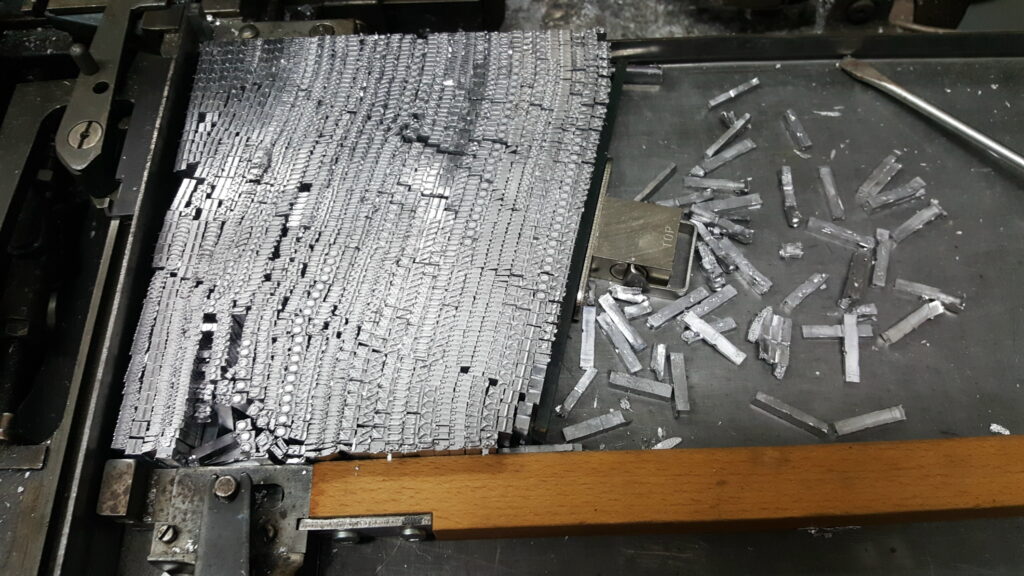 The results were less than stellar. A whole bunch of things went wrong:

So I have to try a few solutions to these problems:

When looking into the incompletely-hardened type problem I also found that my metal thermometer seems to be broken. Its lowest reading should be about 350°F, and the metal should be around 650°F but I could not see any mercury (assuming that is what is used in these thermometers) column at all.