I recently found a pair of mis-labeled matrices in my set of 18-point Caslon Old Style, and although I could just leave a note in the storage box, I thought it would be better to just correct the markings on the matrices themselves. 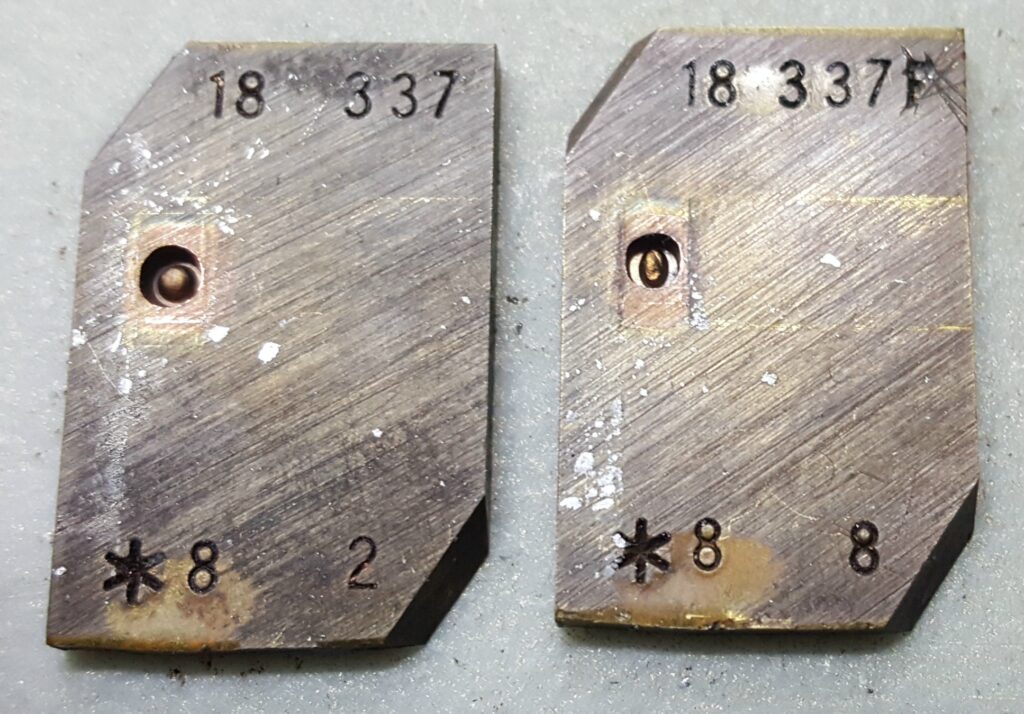 I have a set of 2mm (about 0.080″) alphanumeric punches, which I actually purchased for just this sort of work, and this would be my first use of them for this purpose. 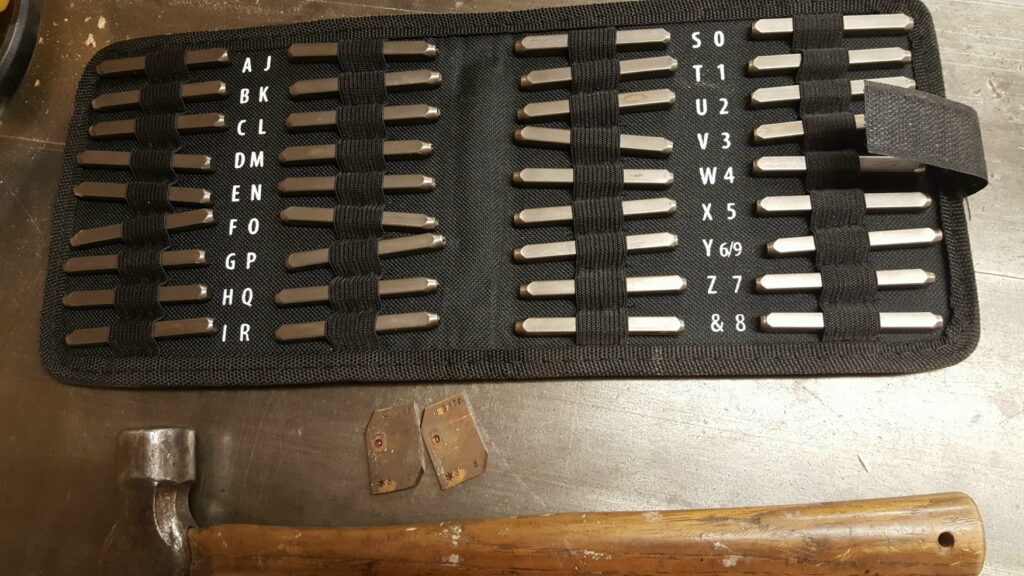 One question was how I would obliterate the incorrect markings. The fancy way would be to mill off the marked edge, making the matrix resemble the stamped aluminum style of matrix, and put on a complete fresh set of markings. In this case there were only a couple of individual letters and digits to remove, and plenty of space nearby for the new markings, so I just opted to essentially scribble over them by punching them with an ‘X’ a few times.

Punching the markings raises the surrounding metal a bit and it it essential that any such raised area that is too near the letter itself be smoothed off so it does not impede proper seating of the matrix on the face of the mould. On these particular matrices I have enough room to keep the markings well away from this critical area, but I removed the raised parts anyway so the matrix would have a flat face overall. This also makes the markings easier to read, and it looks like I got the ‘8’ inverted. These punches are pretty small, so perhaps I’ll see if there are any orientation marks on their shank to avoid this in the future.