This is often due to incorrect adjustment of the first elevator position, but that was not the source of our problem. The rear vise jaw, along with the matrices slide and are held in the first elevator, was damaged in two ways:

One was that is was bent a tiny bit forwards, reducing the space between it and the the front jaw, making the matrices drag too much as they slid along it.

The other problem was that the jaw was dinged on one corner, bending the lower track just where the matrices load onto it: 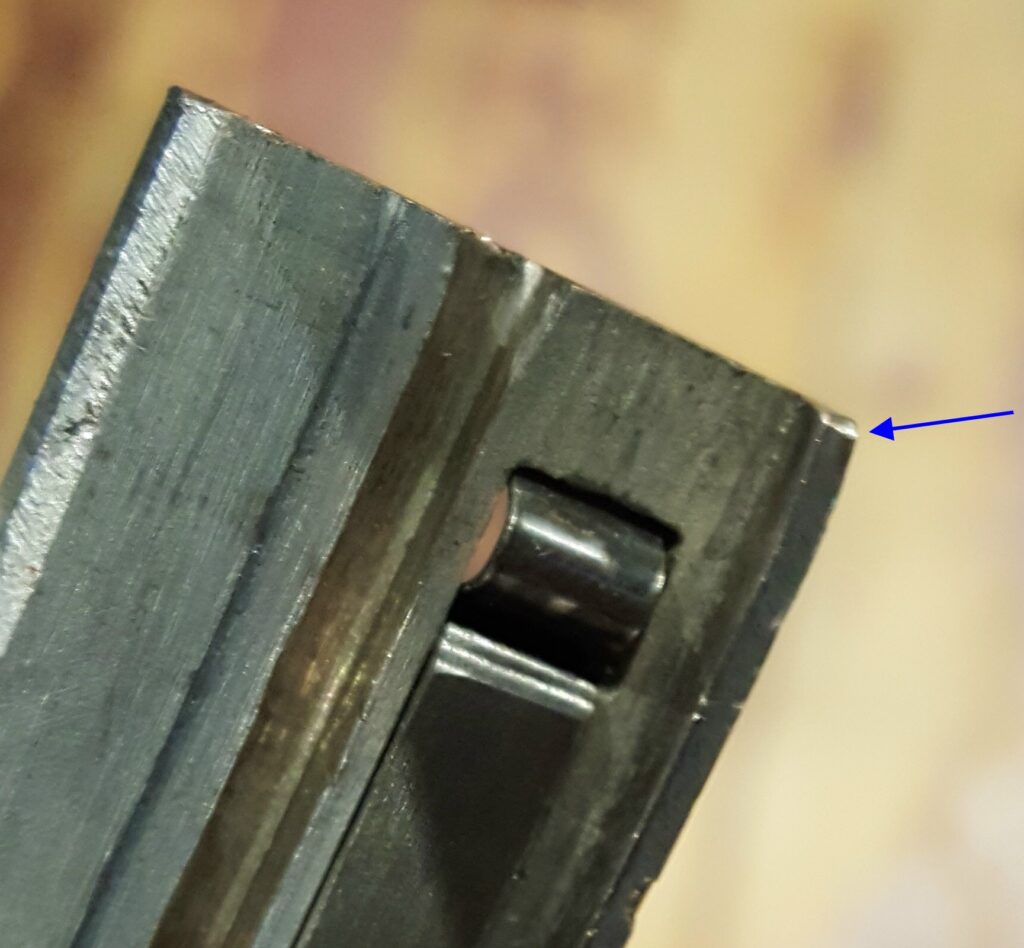 It looks like this corner was struck, or the jaw dropped on a hard floor. The bend is subtle but enough to prevent matrices from transferring smoothly from the intermediate channel.

I put the jaw on a hard flat surface and used a hammer and punch to take out most of the bend, and some work with a tiny file to remove the rest of the damage (and some scars from the punch; this part is made of aluminum).

I’m not sure how the damage could have occurred. The floors in this room are wood. Perhaps at some point there was some obstacle (a loose matrix) in the way when the first elevator descended to casting position. I guess we’ll never know…