After about a year and a half of ignoring the project, I’m starting again to work on my computer-driven interface for the Monotype Composition Caster. When I left off I was diagnosing problems with the ports having inconsistent air flow from one port to the next. This is the sort of problem that can’t be cured by tweaking the air pressure: If the pressure is high enough for the low-flow ports to work properly, the high-flow ports leak enough air to adjacent ports that they raise more than one air pin in the caster. This crosstalk is inherent in the caster design, and I really can’t do anything to fix it.

My last post on this topic described how I cobbled together a device to measure the flow in the air line that supplies the interface. By leaving the interface off the caster so its outputs go to free air, I can energize the ports one at a time and measure the air flow of each one. Removing parts of the interface itself and repeating these measurements allow me to pinpoint the source of some of the flow restrictions. 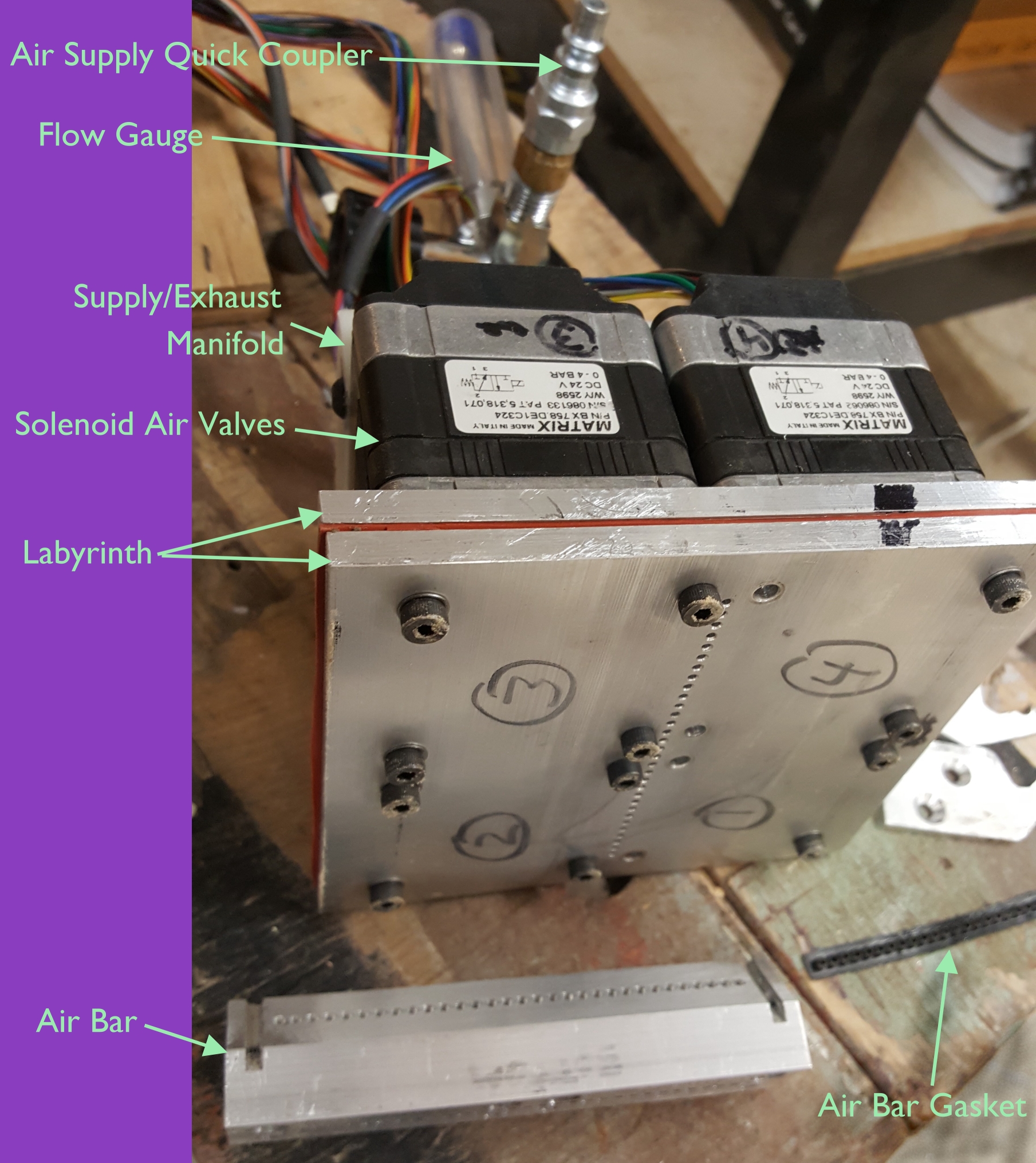 The interface has three major blocks controlling the air: The valve body (which consists of the actual solenoid air valves and the manifold that supplies the air to them), the labyrinth (as I call it) which routes the individual ports from their positions on the solenoids to a single row with ⅛″ spacing, and the air bar which turns the ports 45 degrees and seals to the ports on the caster’s cross girt (part code 1G5). Each of these assemblies has its own possible sources of obstruction: The solenoid valves are themselves old, the labyrinth has rather tortuous paths and a soft gasket with imperfectly-punched holes, and the air bar has deep drilled holes from two directions that have to meet precisely within the part and an outlet gasket that might have plugged holes.

I measured the flow on the ports with the complete interface, with only the valve body and labyrinth (no air bar), and with just the valve body. By taking the inverse of the flow as an approximation to the flow resistance of each port, I could by subtraction calculate how much resistance exists in each port in each of the individual major blocks. Here are a couple of charts showing the results: 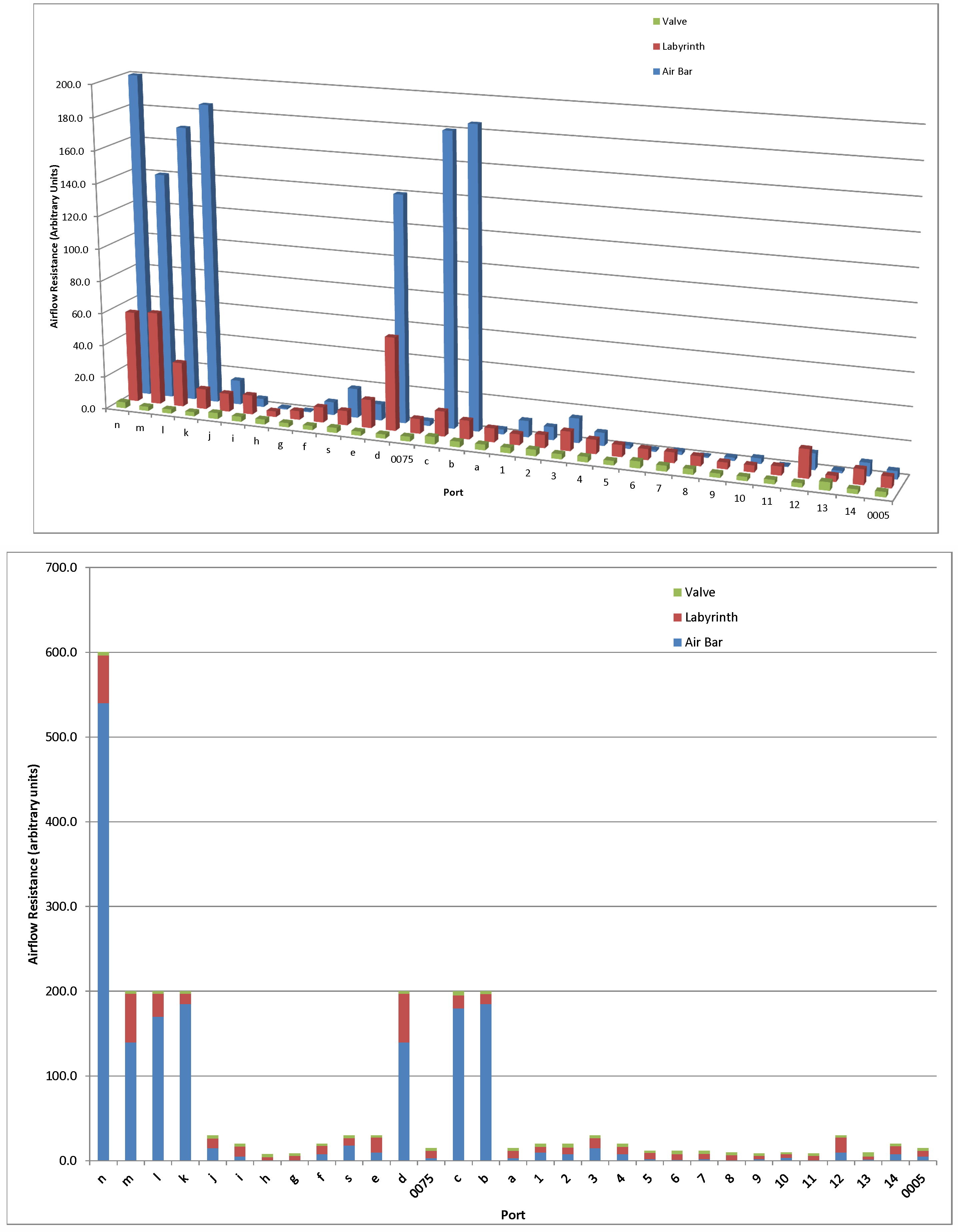 Clearly the air bar and its seal are causing the most flow obstruction with the best ports showing almost no obstruction, but the labyrinth shows quite a bit of variability that should be addressed, and even the valves have about a 2:1 ratio between the ones with the best and worst flow.

I want to resolve these issues from the ground up so my first job will be to test the airflow of all the solenoid valves I have, and swap parts between them to make up 4 valves (8 ports each) with the best airflow possible.