Mobility Cradle for a Vandercook 320 Press

Posted on 2020/05/18 by kpmartin Posted in Equipment Acquisition, Repair, and Maintenance, Kevin, Printing presses, Things we sell, Useful gadgets and ideas — No Comments ↓

Some time ago, we acquired a Vandercook 320 proof press in need of some repair. So far, about all I’ve done is clean off years of dried ink under the location of the inkplate and chase out the mouse nest in the cylinder. The press has pretty much otherwise acted as an elephant in the room, collecting random junk on top and being generally in the way.

The problem is that this is a very heavy press, and it really has no lifting points. The space between the legs is occupied by a cabinet of shelves, and the bottom of this cabinet is too high off the ground to use it for lifting the press with something like a pallet jack. More importantly, the cabinet is not strong enough to use as a lifting point, as evidenced by the bent area from previous lifting attempts.

Up until now, the press has been sitting elevated about 5 inches on wood blocks, since that was the only way I could park it. The press came with some scrap steel channel, which could be used to move it, but only with the press elevated so the pallet jack could fit under the channels and the channels under the press feet.

The channel was fairly heavy stuff: It measured 5×1¾″ and is officially designated as C5×6.7. After some measuring and planning I found that I could use these two pieces of channel to make a proper cradle for moving the press.

The channel was cut to give a long piece that fits between the press legs, shorter pieces that extend under the feet, and yet shorter pieces to use as a vertical spacer. The pieces under the feet were notched on one side so they don’t contact the legs, just the feet of the press. The spacers are just tall enough, and just short enough, that our pallet jack can roll under the cradle. I welded the parts all together and installed them under the press, and they work great. 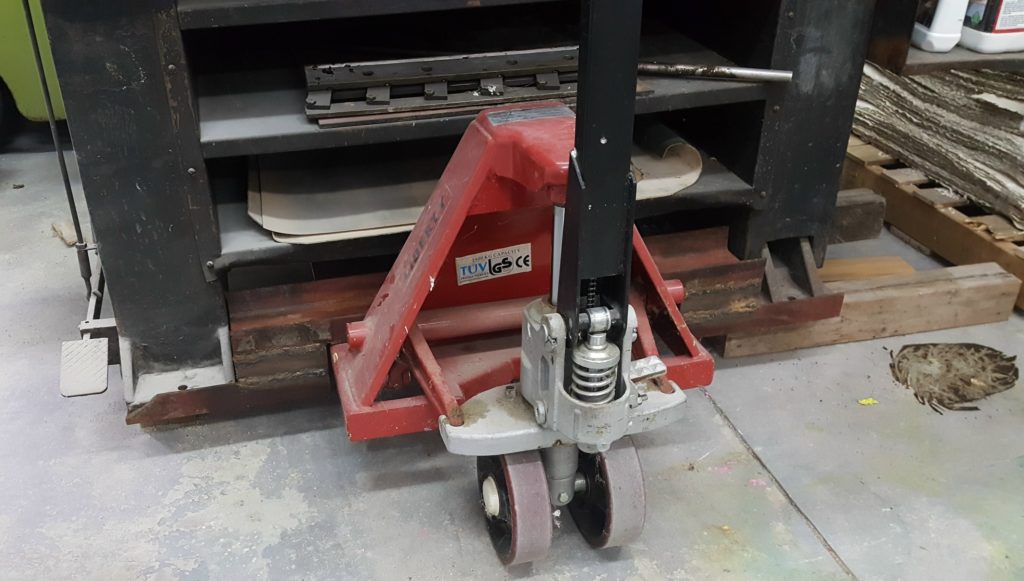 The cradle in place, with the press raised by the pallet jack, so the “temporary” blocking can now be removed. 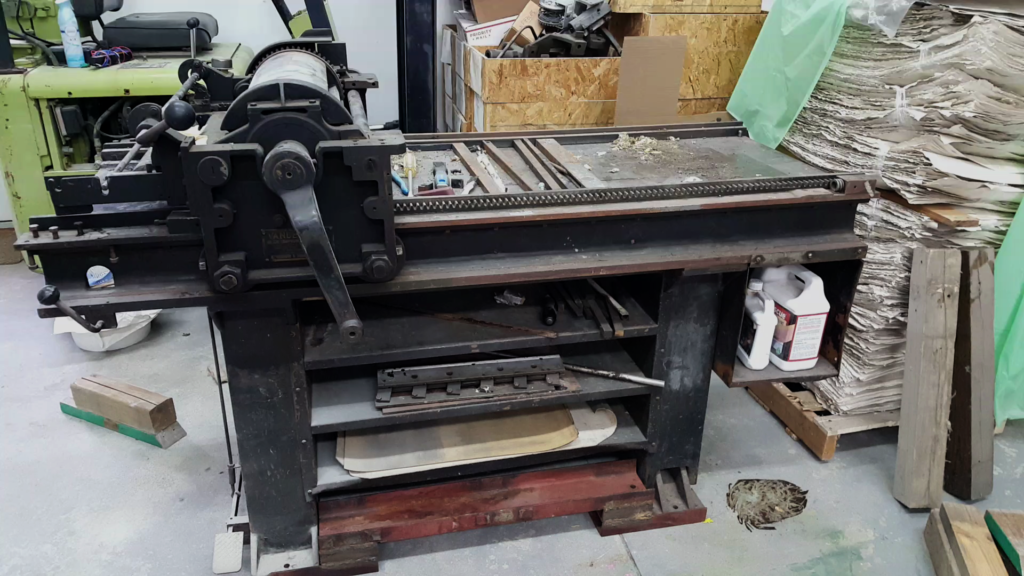 The press on the ground at last! The cradle only adds about 0.2″ (5mm) to the height of the press.

I’ve also posted a YouTube video about this cradle.

When we finally get this press fixed up and operational we will be selling it.