After the really bad casting day a few weeks ago, almost anything would be an improvement. I had taken steps to resolve some of the problems, and here is the result: 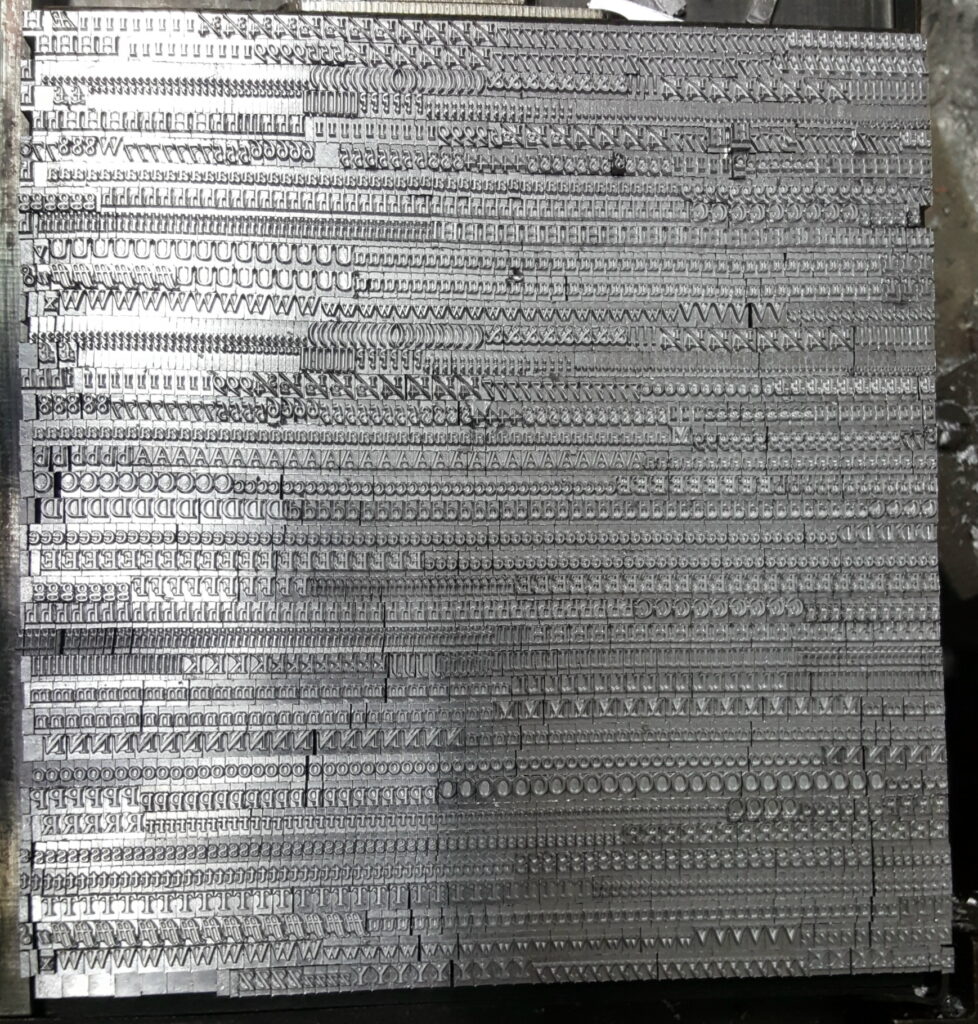 The casting run. The top twelve lines were attempts at re-casting other lines that had mistakes. Some of the lines might have odd casts at the left end where the line came up short and I manually inserted whatever odd sorts I had to fill the line.

This is still not perfect, but is much better than the last time, certainly good enough to see the individual errors. The main problem is still sticking air pins. For instance, looking at the second and third rows from the bottom (which were the second and third rows cast), you can see that after ‘W’, ‘w’, and ‘V’ there is a string of italic ‘n‘ and italic ‘ffl‘ (with one italic ‘8‘ thrown in) instead of ‘v’ and ‘U’, and then things are fine again for several lines. That italic ‘8‘ was supposed to be a space to fill the line.

Looking at the matcase arrangement, this means the caster was positioning to D-8, D-6, and D-13 instead of G-8, O-6, and I-13. This indicates that the D airpin is stuck in the up position after casting ‘V’ (D-12) but it cleared itself in time to signal J-8 for the lowercase ‘u’. In later recasts of this line, the D pin dropped a little sooner (but still late) so the line did contain some ‘U’ casts like it should.

So all this mayhem is the result of the D pin staying up, the 5 pin sticking either way, or the 1 pin sticking up.