After much thought about my problem with second shot, and with little help from any manuals, I’ve got my caster to behave properly.

The second shot problem was caused by an incorrect adjustment in the pump crosshead and linkage area. The pair of levers that operate the pump have a slotted hole and spring plunger in the link that joins them. When the pump is not in use, this plunger is supposed to be compressed a tiny bit, and it ensures that the pump piston is firmly held at the top of its stroke. The plunger also compresses if the pump piston jams in the down position; very old casters did not have the slot, so a jammed pump would either stall the caster or break something.

The adjustment is described in Casting Machine Adjustments, on page 161 in the copy I consulted: 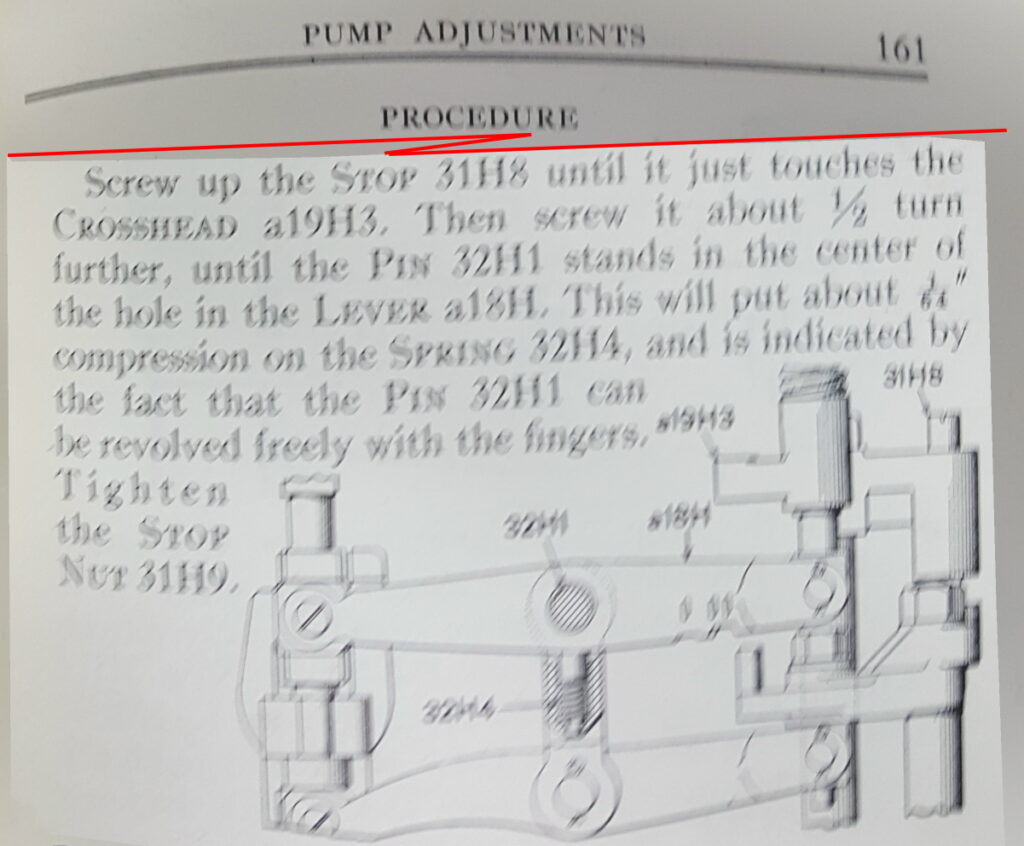 Note that the reference to the pin 32H1 being in the center of the hole in the lever refers to the older casters; in newer casters like mine this hole is a slot in the lever and all that is necessary is the 1/64″ clearance produced by a half turn of the adjusting screw.

Here is the adjustment on my caster, as seen from the rear: 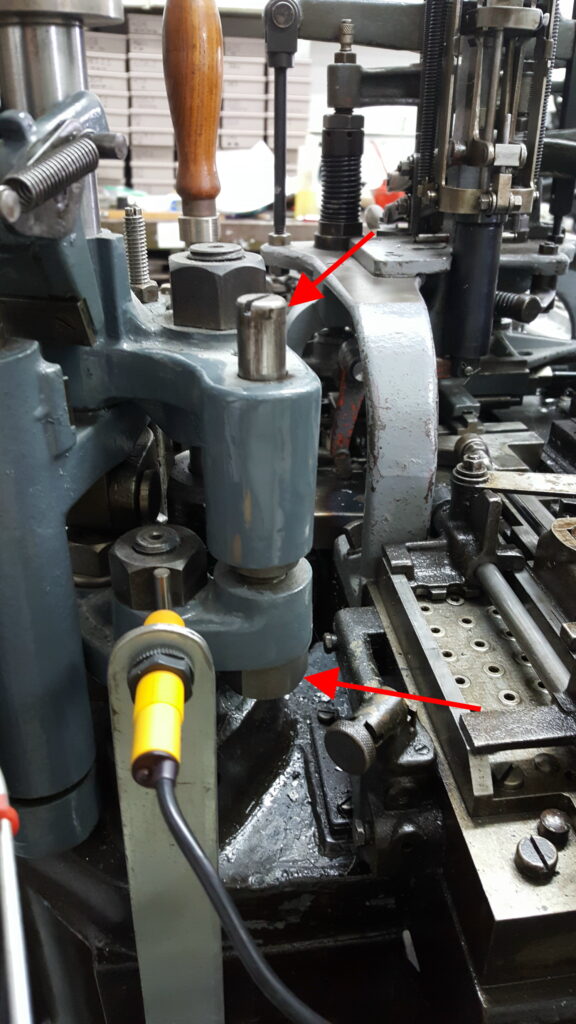 On my caster, there was no overthrow in the adjustment, and the pivot pin in the linkage had a bit of drag but was not fully loose, and that was enough to allow a bit of a squirt as the pump descended after casting.

The frustrating part of this episode was that the two manuals that described the “second shot” problem never mentioned to check this adjustment. They just contained vague explanations about spring pressures being wrong with no hints as to how to check or adjust them:

With this problem tackled, and a new type clamp installed in the type carrier, I got a good font cast: 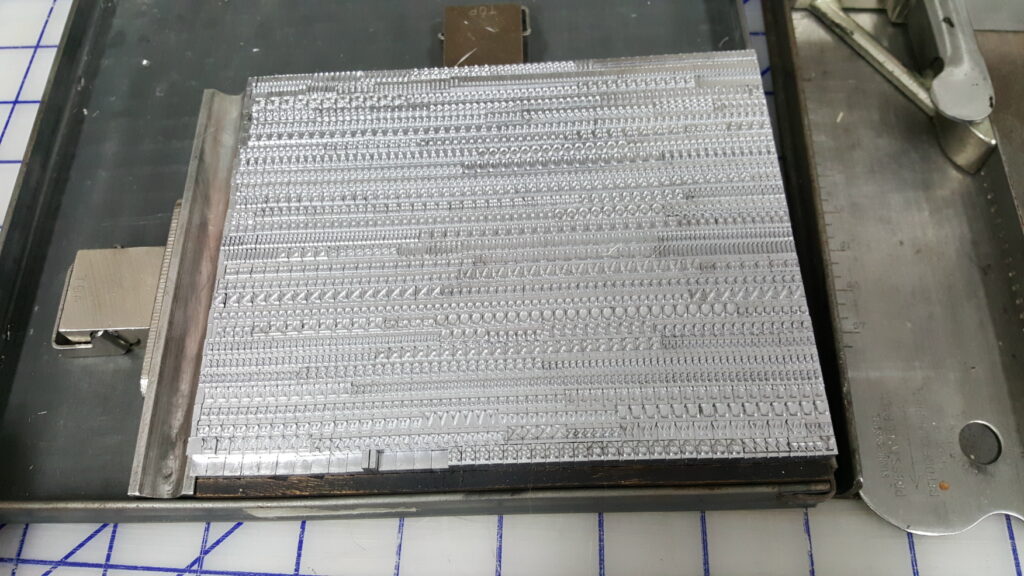 The run was still not problem-free, but the remaining issues did not disturb the lines of type. The remaining problems were: