The seed pods on my tororo-aoi plants have started to mature. As this happens, they turn brown, dry out, and develop splits along their five lengthwise ridges. The seeds inside are probably dry and ready for storage for next spring. In the spring I will probably test germination of these seeds, the (by then) year-old ones I bought, and also fresh ones from Richter’s.

Each plant seems to have typically produced five pods, and while the bottom ones are maturing, the topmost ones are still green. The plants grew a single stem, with only feeble attempts at making side shoots. A review of tips for growing okra (a close relative) implies that allowing the pods to mature will cause the plant to stop flowering. Next year I’ll try picking the pods as soon as the flowers drop to see if I get more (immature) pods and/or a bushier plant.

The plants I grew from the seeds bought through AliExpress are just developing flower buds now, but this morning, after a couple of weeks of unusually hot late-September weather, there was frost on the rooftops, so it is unlikely that these plants will produce any pods.

I harvested two of the the green pods from the top of the plants, chopped them up, and put them in water to see if they produced usable neri. 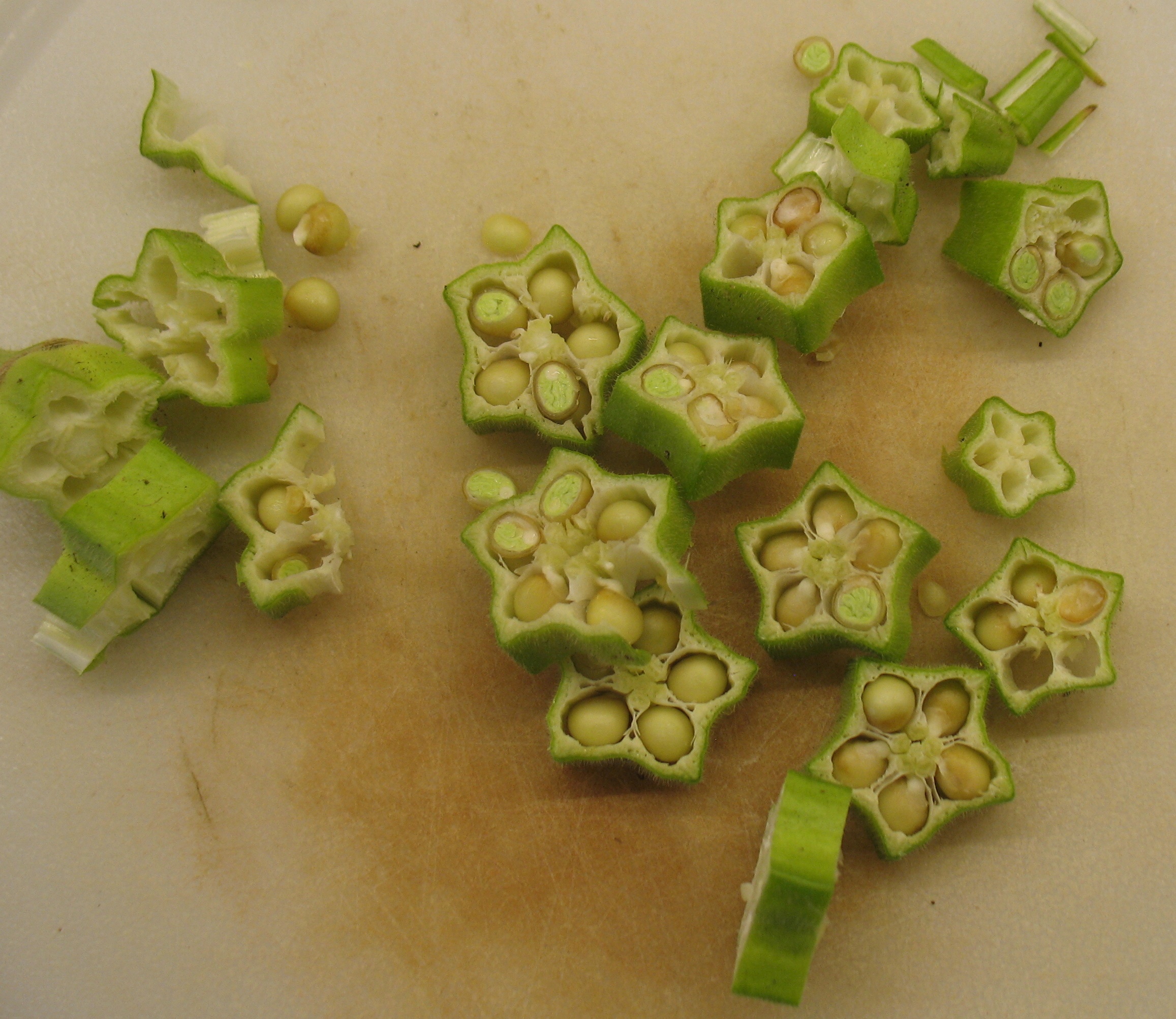 These pods were tough, fibrous, and had very little sap in them. After soaking for a while, the water indeed showed the characteristics of formation aid, but it was not strong enough to be useful. One pod in 500ml (2 cups) of water produced a bit of stringiness and self-siphoning but was not quite enough to feel slimy when you rubbed it on your fingers. It was closer to the consistency one would want in the vat rather than in a concentrate to add to the vat.

Harvesting the pods soon after they form, rather than allowing them to grow to full size, might have given pods with much more sap in them and so stronger neri. This would be something else to try next year, hand-in-hand with picking the immature pods early to encourage more flowers and perhaps more plant growth.