Fate of the Turtle Nests

It’s been months since some snapping turtles laid nests in my yard, and I can finally report on how things turned out.

A few weeks after the eggs were laid, I found some evidence of digging at one of the nests, so I placed a scrap of lumber over it for a few weeks and that was enough to discourage the digging.

On October 2nd, I found that one of the nests had a tunnel leading out of it. I pulled off the roof of the nest and cleaned it out, finding most of the eggs empty: 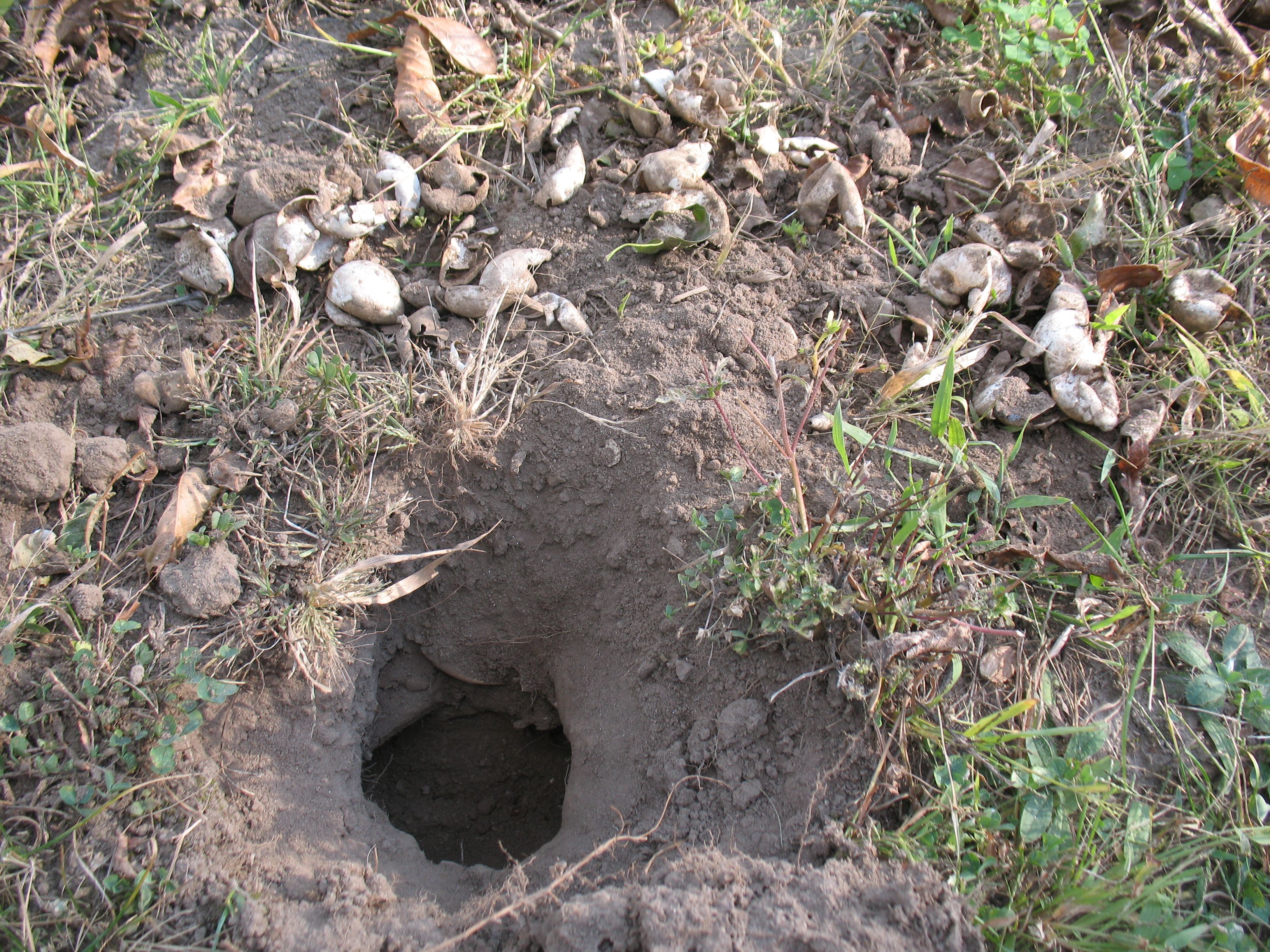 So it looks like these turtles hatched and most got back to the creek (or perhaps were eaten en route if a predator was watching at the right time).

The other nest seemed to be showing some surface digging again, but not very deep. Unfortunately, the next day I found that this second nest had been dug up and raided, perhaps by a raccoon or skunk: 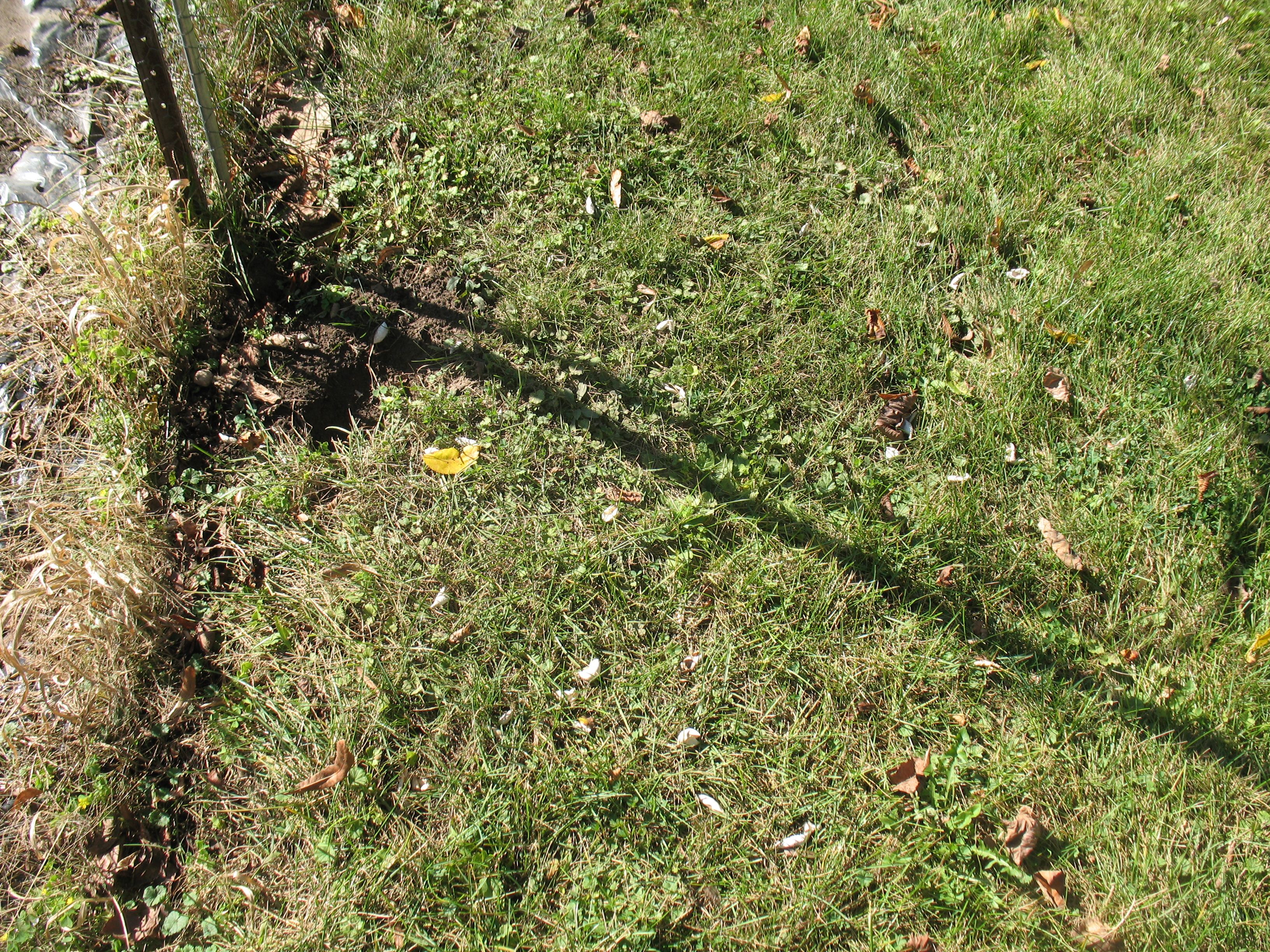 The raided nest with eggshells scattered about 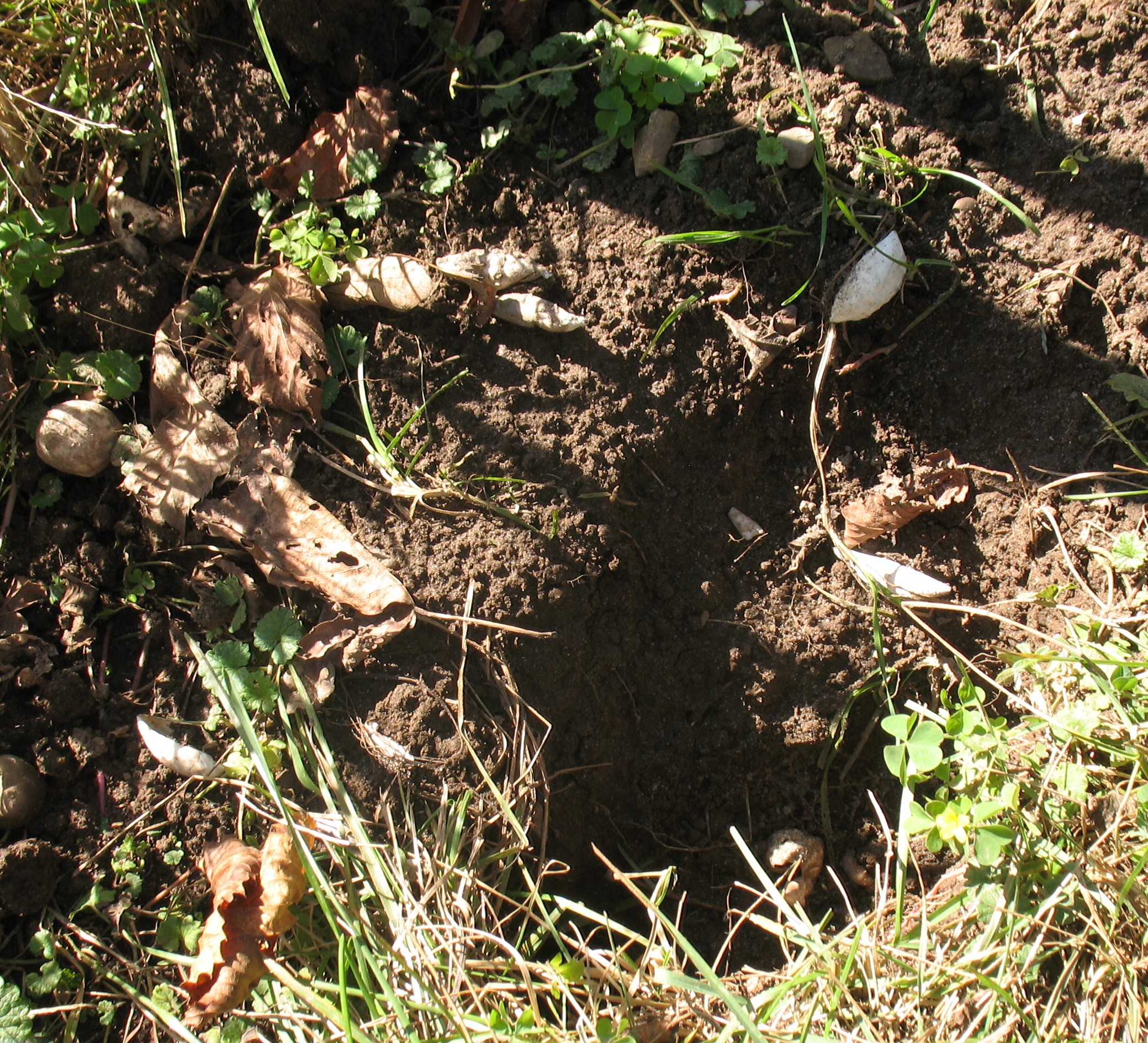 Close-up of the nest showing the hole dug from above. Some rain has obliterated some of the digging marks.

For this nest, the eggshells were scattered over an area of almost a metre. The hole was also clearly dug from above.

A few days later, I found this along part of the driveway, next to the corner of a building: 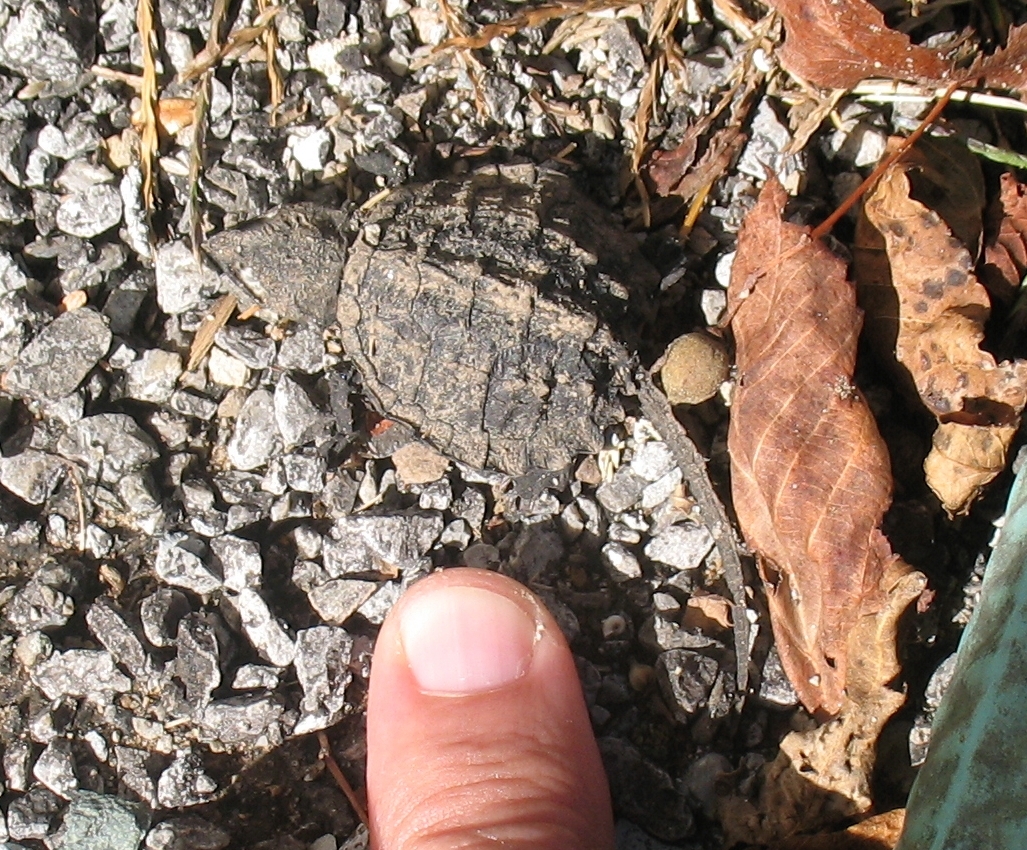 This baby didn’t make it to water in time, and baked in the sun leaving these desiccated remains.

So one nest out of two survived, and some unknown number of the babies from that nest made it safely to water. It took about 15 weeks from when the eggs were laid to when the nest was vacated.