We seem to have a few squirrels around the neighbourhood that are neither black nor gray. Instead, their bodies are black and their tails fade through a reddish brown to sort of blond.

They seem a bit more skittish than the black ones so it is hard to get a good photo of them, but here are a few shots of one of them, who was collecting black walnuts from the nearby schoolyard and burying them in my yard. 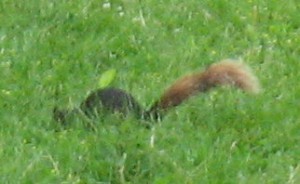 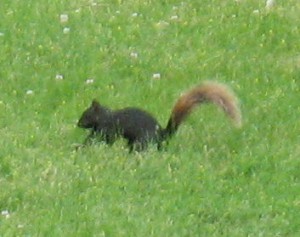 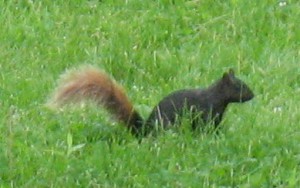 Just after I took these photos, I saw one or two with similar colouration in the schoolyard.