In addition to my Sherline mill, the other main machinist’s tool I have is a Myford ML7 7×20″ lathe. 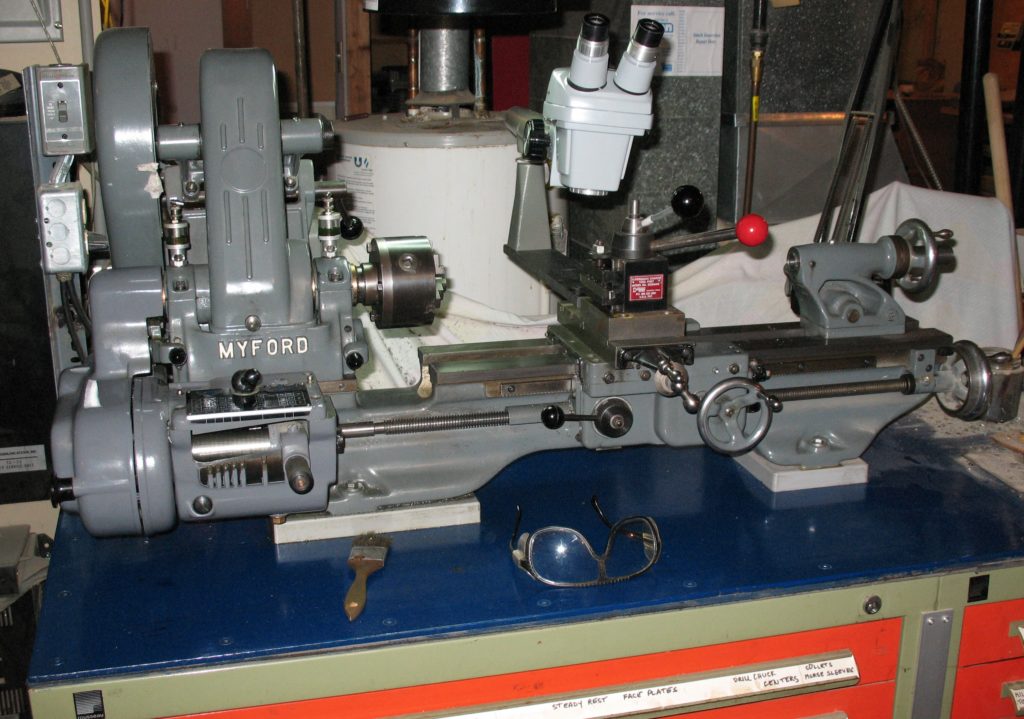 The lathe is fitted with the Quick-Change Gearbox to allow selection of longitudinal feeds and thread cutting without having to fool around with change gears, although switching from coarse feed (for threading) and fine feed (for turning) does require flipping one oily gear under the left-hand cover. If I ever want to do metric thread pitches I’ll have to modify the gearing as well. It has three regular spindle speeds, and three more slower ones in back-gear.

It is fitted with an Aloris-style ‘AXA’ size quick-change tool post, and I have about a dozen tool holders for it. The lathe has a topslide but that is not fitted in this photo, instead using a rigid toolpost mount which I made.

For work holding I have a 4-jaw independent chuck (shown in photo), a 3-jaw scroll chuck that needs tuning (it is very bell-mouthed), a faceplate, and a drive plate for turning between centers using a drive dog, and a traveling steady rest that attaches to the saddle just to the left of the cross-slide. For the tailstock, I have some dead and live centers and a Jacobs chuck for drilling. 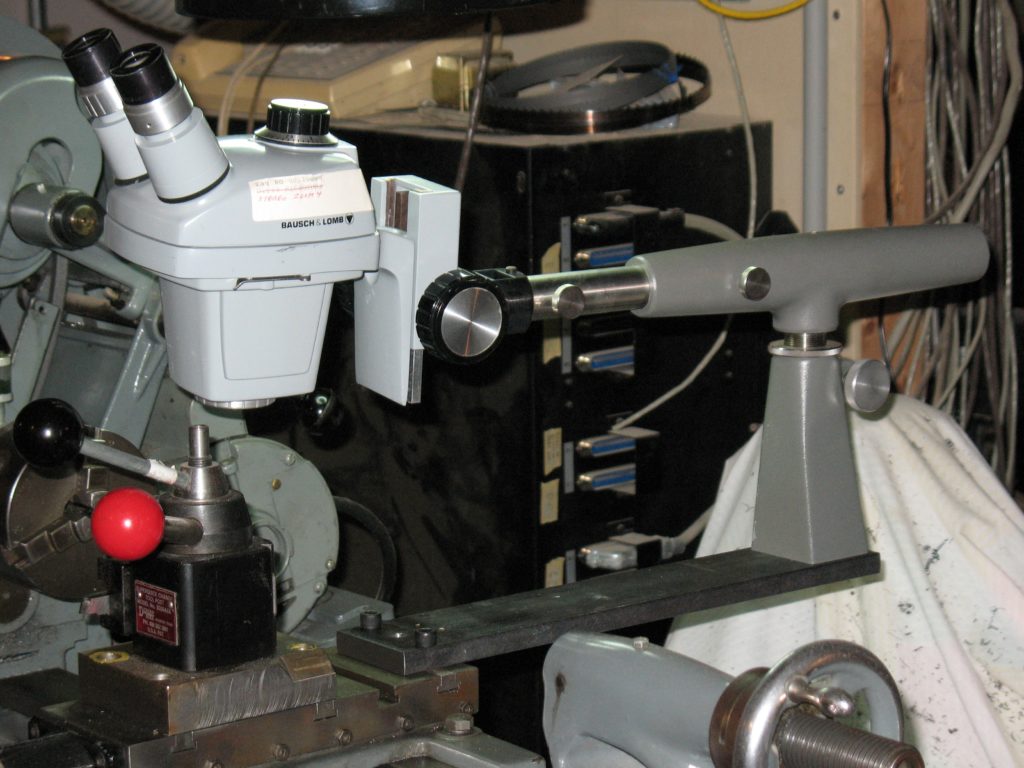 I have mounted a binocular microscope on the cross-slide which lets me see and position things to under a thousandth of an inch. Not shown in the photo, the objective now has an LED ring light which brightly illuminates the work area, even when I’m not using the microscope. The only problem is that the microscope wants to be a bit too close to the work to focus and so bumps into the chuck jaws or the tool post. I would like to get a Barlow lens to extend its object distance just a bit; I don’t want too much extension because that also reduces the magnification and makes the eyepieces higher.

The microscope itself was part of an ultramicrotome which I bought at a University of Waterloo surplus equipment sale. These sales are neither as interesting nor as frequent as they used to be as they now seem to be dominated by superseded computer equipment rather than unusual technical items.

The lathe is mounted on a 5/16″ steel plate on top of a pair of Rousseau cabinets on casters. The two cabinets are bolted together and so form a suitably rigid base for the lathe, and contain most of the tooling and accessories for the lathe. The cabinets are actually a couple of feet longer than the lathe, leaving an open horizontal surface which unfortunately collects junk, dirt, and metal offcuts.