Well, this year’s Wayzgoose in Grimsby had to be cancelled because, well, you know why… But the Anthology was still produced!

We haven’t received our copy yet (I asked the GPAG to hold it for now rather than paying to ship it), but, as it is officially released, I thought I would post our submission, which is included somewhere in the book: 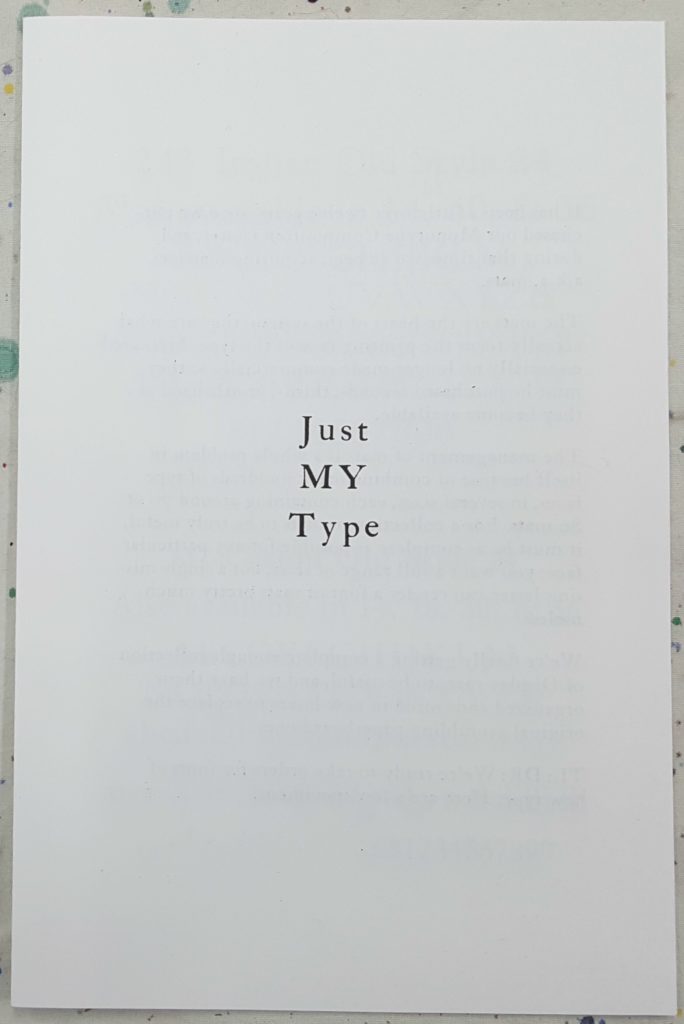 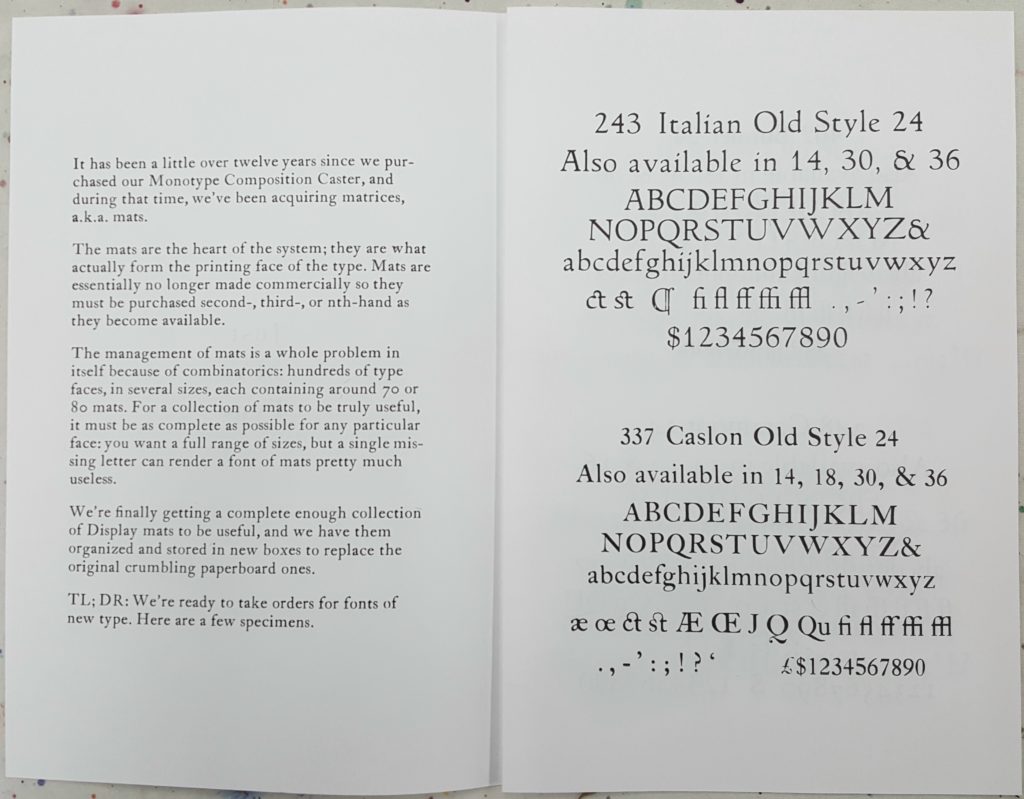 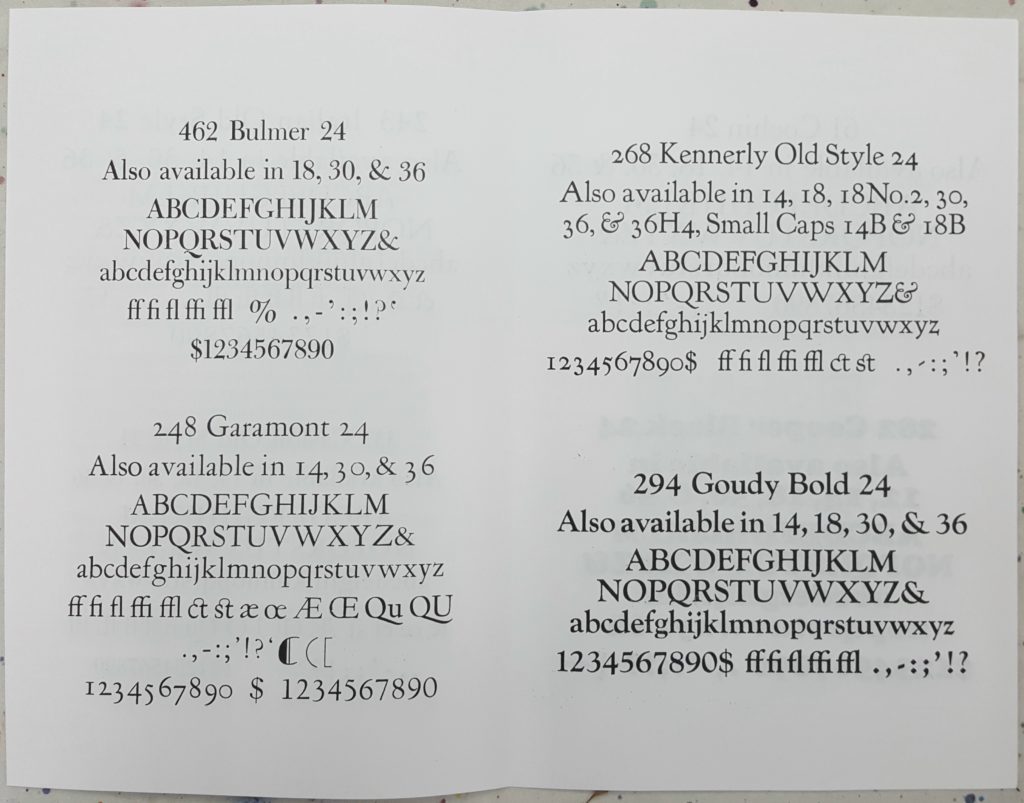 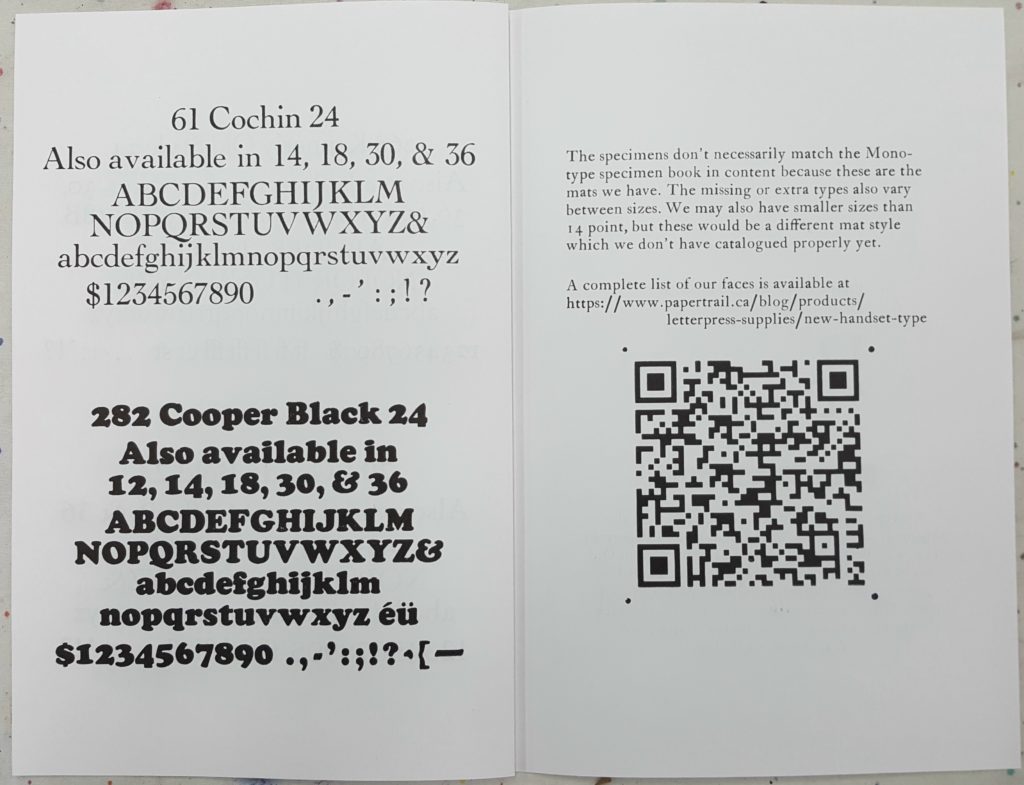 All the type was cast on our Monotype composition caster. The Logo and QR code are photopolymer plates we made ourselves. The printing was done on our Challenge MA-15 proof press. The four dots around the QR code look neat but they’re actually the heads of the tacks I had to use to hold the plate to its block, since the double-sided tape I tried using doesn’t stick to endgrain wood.