We have a collections of plastic drinking cups, some from the dollar store, and other more stylish ones from Ikea. These are great for giving drinks to children because they aren’t too big, and more importantly they are unbreakable. But they have one irritating problem: their bases have a raised ring around the complete perimeter, and this holds a small puddle of water in the dishwasher. 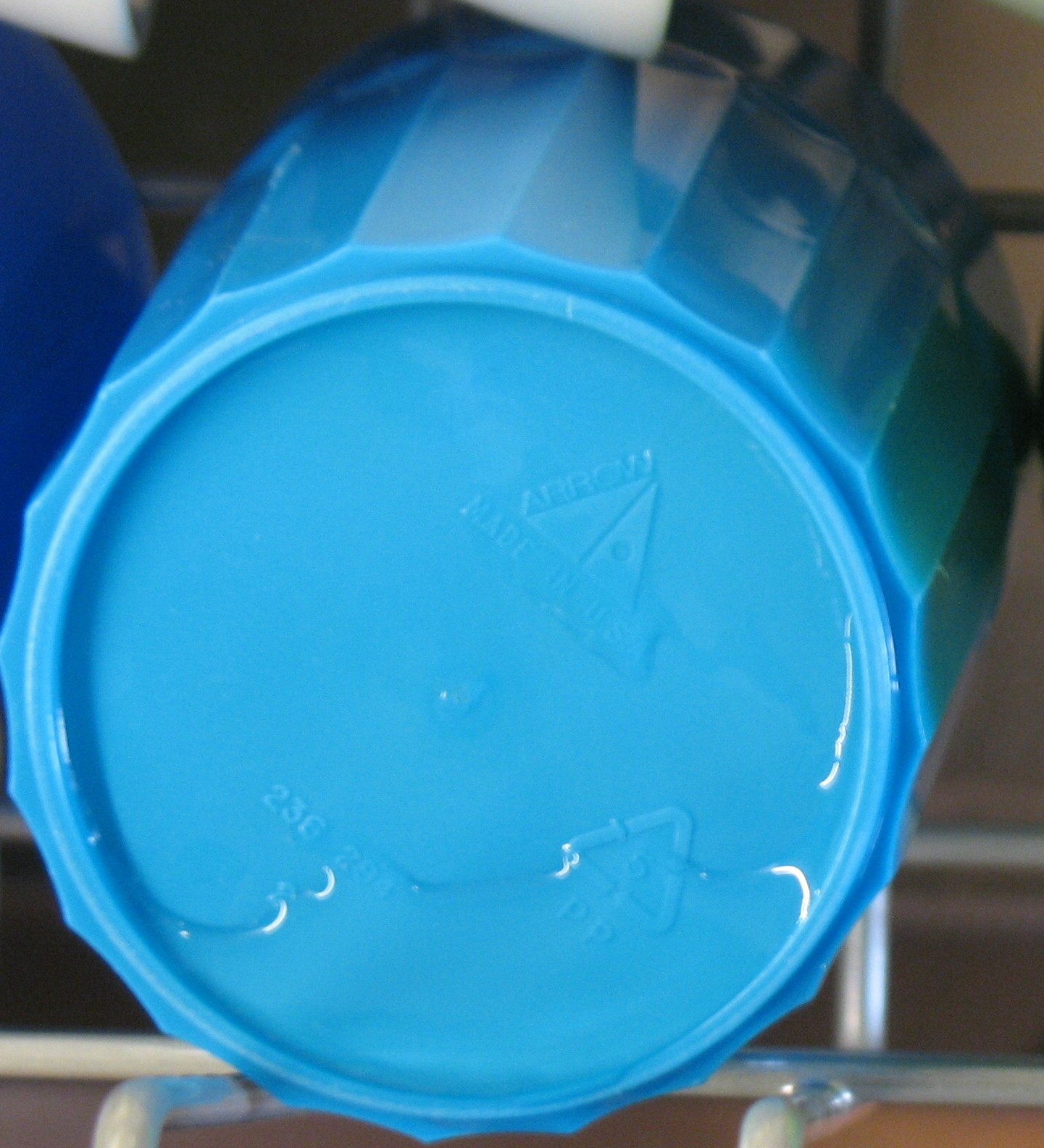 The result is, depending on how long you left things to dry, either a bunch of hard water scale left by the puddle, or water all over your clean and hitherto dry dishes if you grab the cup without noticing the puddle.

After putting up with this for a few years, I finally got around to doing something about it. Using a coarse burr in my Dremel, I cut four notches in the rings on the bottom of the cups, giving a path for most of this water to drain. 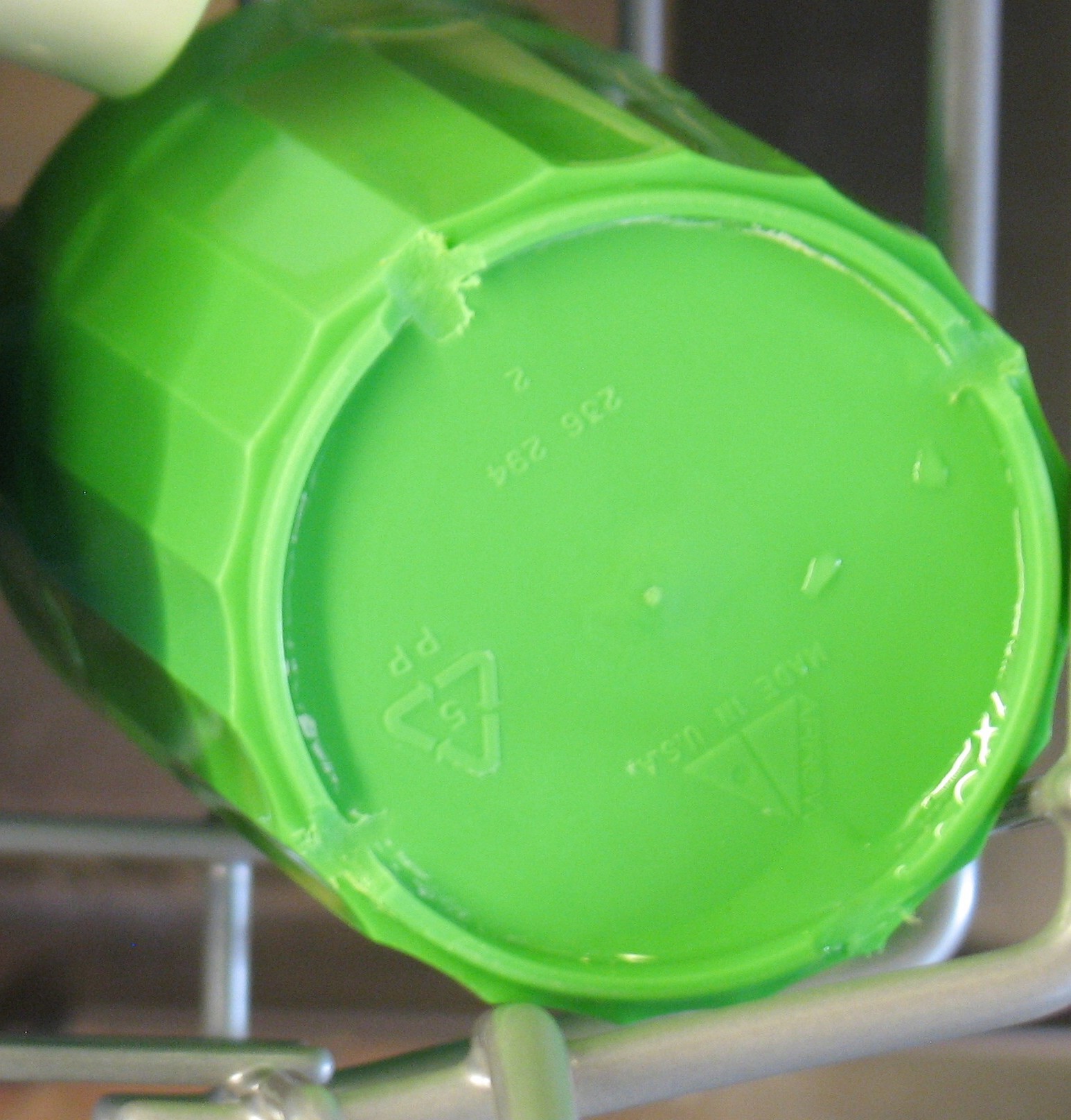 The remaining water is much more likely to be dried up by the time you unload the clean dishes, and the small amount of water leaves a proportionally small amount of scale.

A single-cut burr should be used rather than a rasp to give the cleanest cut and reduce fuzziness. The cuts should go completely through the ring, and although I put four notches per cup, more (perhaps 6 or 8) would be better since it would mean there would always be a notch near the lowest part of the ring. I guess if you don’t have a Dremel, you could cut the notches with a round file. 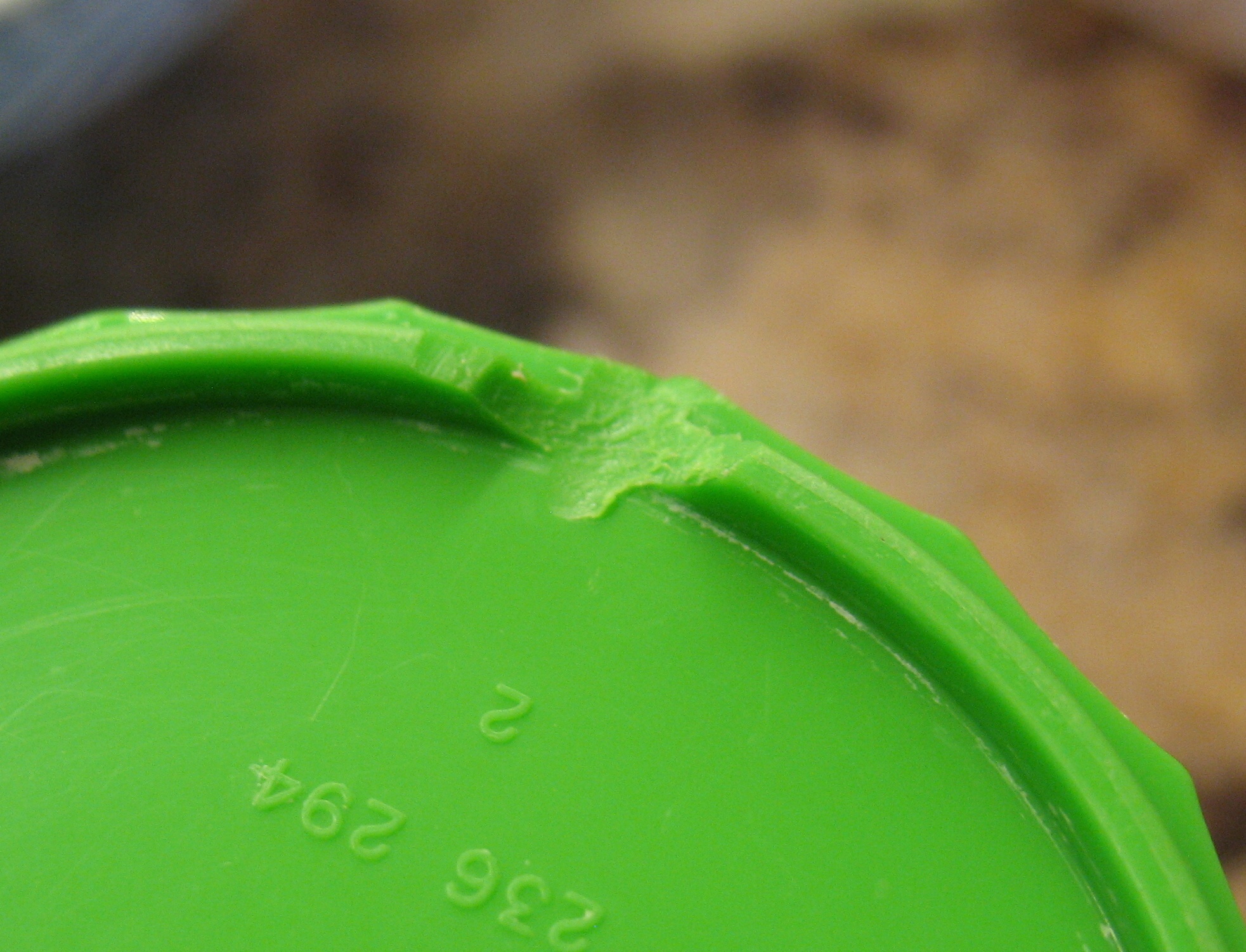 The cups are injection moulded, so I have to wonder why they aren’t made with notches already in the ring.