Last Chance for some Monotype Parts

Last weekend I sorted through my stash of Monotype parts and  decided that a few of these were not worth saving. If anyone wants these you have until September to make arrangements to pick them up for free. I can bring them along to the ATF conference in Salem next month as well.

If they aren’t gone by the fall they’re going for scrap.

Generally these are parts that essentially never break or wear out, or that don’t seem to be made for any common machinery. Several of them appear to be parts for the Giant Caster, which sold only a few and even fewer are still around. 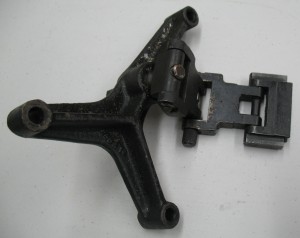 This seems to be a mechanism for holding something with only three degrees of freedom. The object can rotate about a single horizontal axis and move in a plane perpendicular to that axis. It could be part of some sort of casting equipment but I have no clue what.

These are four unknown levers. The longest is about 25cm (10″) long. 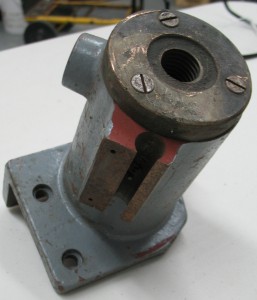 Another unknown part, although I suspect it may be part of a Giant Caster. 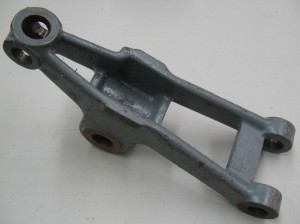 A lever which is marked 5GC1 in the casting, so it is likely part of a Giant Caster. 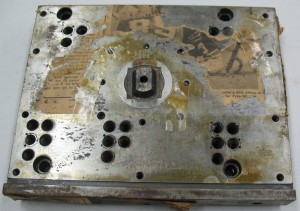 A mould base for a Giant Caster. It appears to be in good shape, other than bits of newspaper glued to it by old mould oil. 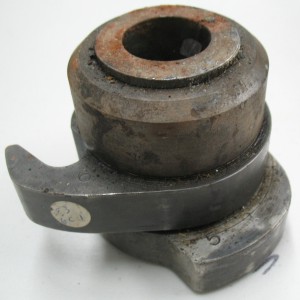 Another Giant Caster part, two cams on a shared hub, this time with a paper sticker marked 83GC1.

The swing frame from a composition caster. This is the moving part of the hinge that the metal pot pivots out on. 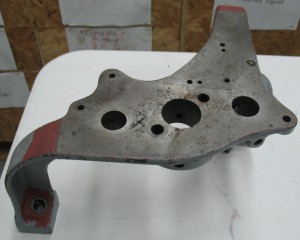 This appears at first glance to be the main bridge casting and third leg for a Composition Caster, except that is has no mounting for the mastcase lifter and no provision for the front-mounted alignment adjustment knobs. It is stamped with serial number 3837, so it is fairly early production, but I thought even the earliest Composition Casters came with the lifter and alignment controls. It is clearly used, as the shadow outline of the American-style low quad mechanism can be seen.

One comment on “Last Chance for some Monotype Parts”