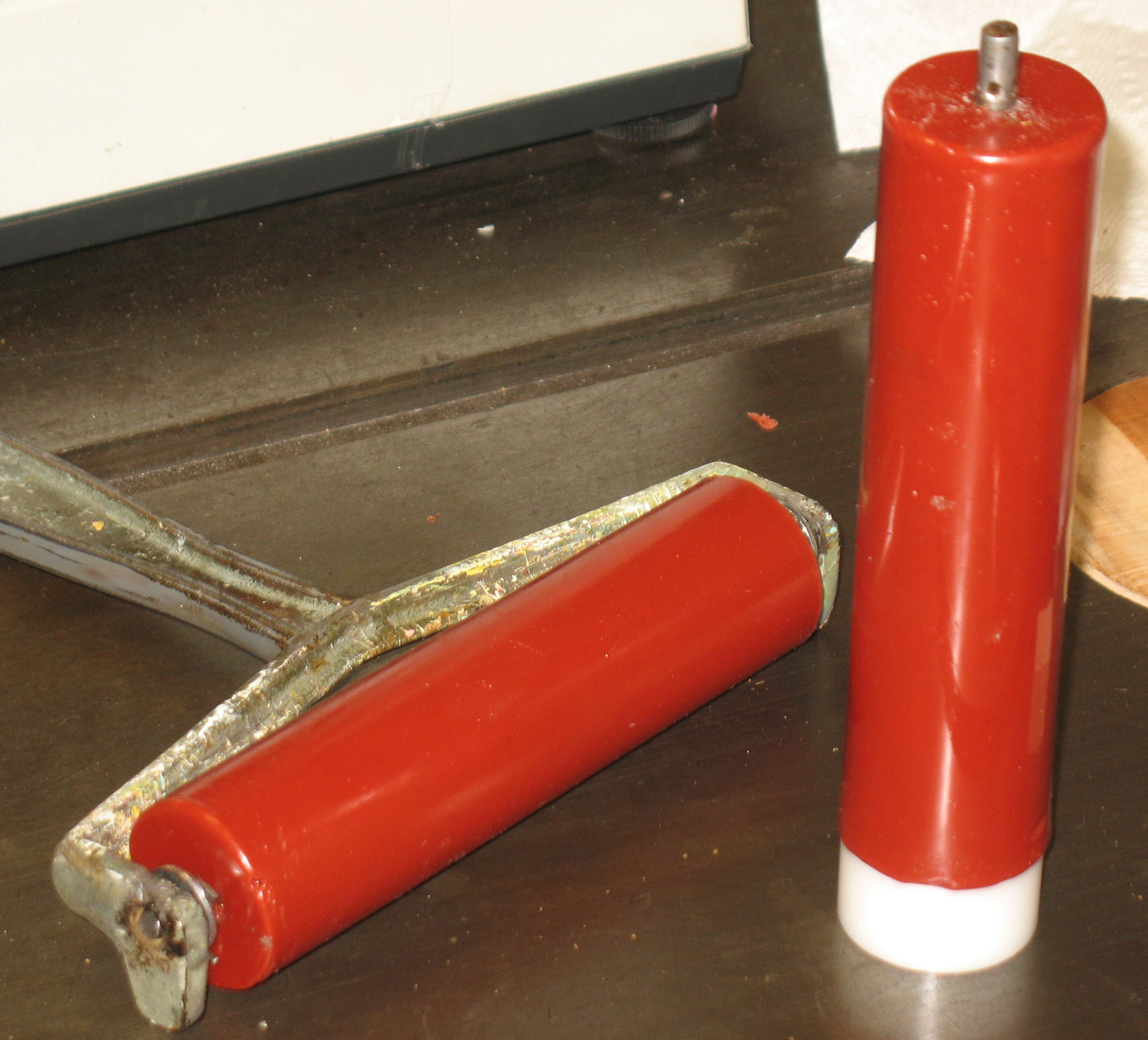 I’ve posted on YouTube a video of near-epic length showing my bumbling through the casting of some small composition rollers for a Kelsey hand brayer. The rollers are about 6×1⅜″ on a ¼″ core.

I had originally intended to re-melt the old roller material to reuse it, but much of it proved resistant to melting. About ⅔ of it would not melt down, and in the process of trying to get it to melt I had added so much water that the melted ⅓ was too watery to use. It seems something had altered the gelatin at the surface rendering it insoluble at any temperature. I don’t know what causes this problem, but I have several theories on this and I currently have some samples stored under various test conditions.

Instead I used some fresh composition material from Tarheel Roller. They don’t cast composition rollers any more, but they still have some of the material available. Even this fresh material seemed to have some part that would not liquefy when heated, forming a bit of a lumpy melt. A durometer test on the material reads 5 on the Shore A scale, or 58 on the Shore OO scale, much softer than most rubber compounds.

In the end I had two rollers that would work in a brayer, but might not be have been accurate enough to be used as form rollers in a press.