While refurbishing the front pin block on my Monotype caster I observed the wear on both the jaw pin guide rod and its support caused by having the rod fitting loosely in the support. The end of the rod is split, and is supposed to have a taper-headed screw inserted into it to spread the split end to provide a tight fit in the support. Without this screw both the support and the rod showed considerable wear from rubbing against each other over the years of operation. I replaced the support and rod (whose replacement included the proper wedge screw) but also noted that the rear pin block also has a similar guide rod with a split end, and it also had no wedge screw in it. 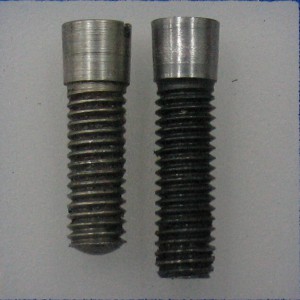 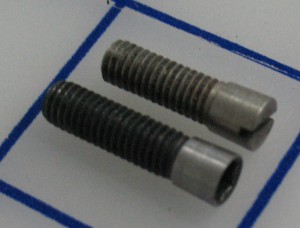 I installed the screw in the end of the guide rod on the rear pin block. The hex socket head was actually quite handy because it would have been difficult to reach that spot with a regular screwdriver. 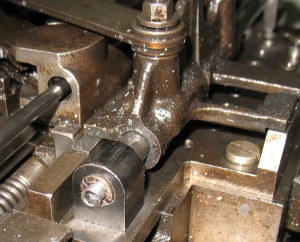 The first time I installed it, it seemed to stop about ⅛″ proud of the end of the guide rod, but after backing it out and re-inserting it, it stopped when it was about flush with the rod end. Between the longer screw and slightly smaller head on my replacement part I’m not sure if it is stopping because the rod end has spread tightly or because it is bottoming out (or sticking on crud) in the tapped hole.

I may remove it and insert a longer screw just to clean the threads and try it again, and if it seems to fail to wedge properly I will try making another and not getting the head undersized this time.