The last week of August I will be heading to the mountains of West Virginia to attend Monotype University 8. This is a week-long intensive course on the operation of the Monotype Composition caster with emphasis on composition casting. This is actually an encore edition of the course which had been held somewhat regularly a few years ago. It is being run again because the instructor, Rich Hopkins, is concerned that most Monotype owners are using them for casting fonts and sorts, rather than composed text, the machine’s primary utility, and that the knowledge of doing composition casting will be lost if too few younger people take it up.

One thing Rich would like the students to bring along is any Monotype documentation they might have, so last Sunday I quickly made up a set of bookplates which I could put in all my books and brochures so they are less likely to be lost. I’m also making a catalogue of all my holdings so I know what duplicate items I have that I might be able to trade. 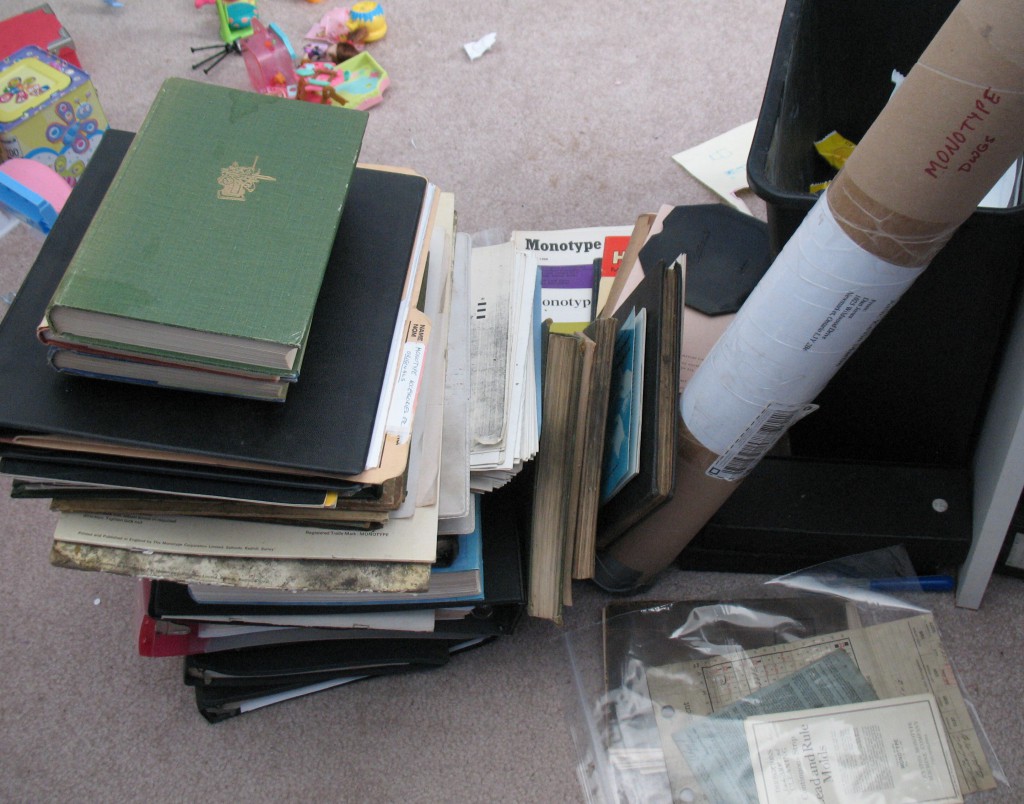 The pile of books I have to catalogue and put bookplates in. It turns out there are a total of 97 documents there.

I will also be bringing along my Monotype tool kit, a box of mystery parts, and some spare tools that other students might want for maintaining their casters.

Although the composition caster was originally designed to be driven by a 31-channel paper tape (or “ribbon”) punched by a separate keyboard, most of the casting work we will be doing will have the caster driven by a computer-controlled device which provides the compressed air bursts that would normally come through the holes punched in the ribbon. The computer control is more versatile than the mechanical keyboard in terms of making the caster do special work. It also gets around the near-impossibility of finding spools of blank ribbon to be punched.