About a week ago I planted the tororo-aoi seeds I had purchased through AliExpress into our front garden. I had previously had no success sprouting them indoors, and decided as a last try to direct seed them where my other seeds from Richter’s had sprouted so well.

Much to my surprise, they sprouted: 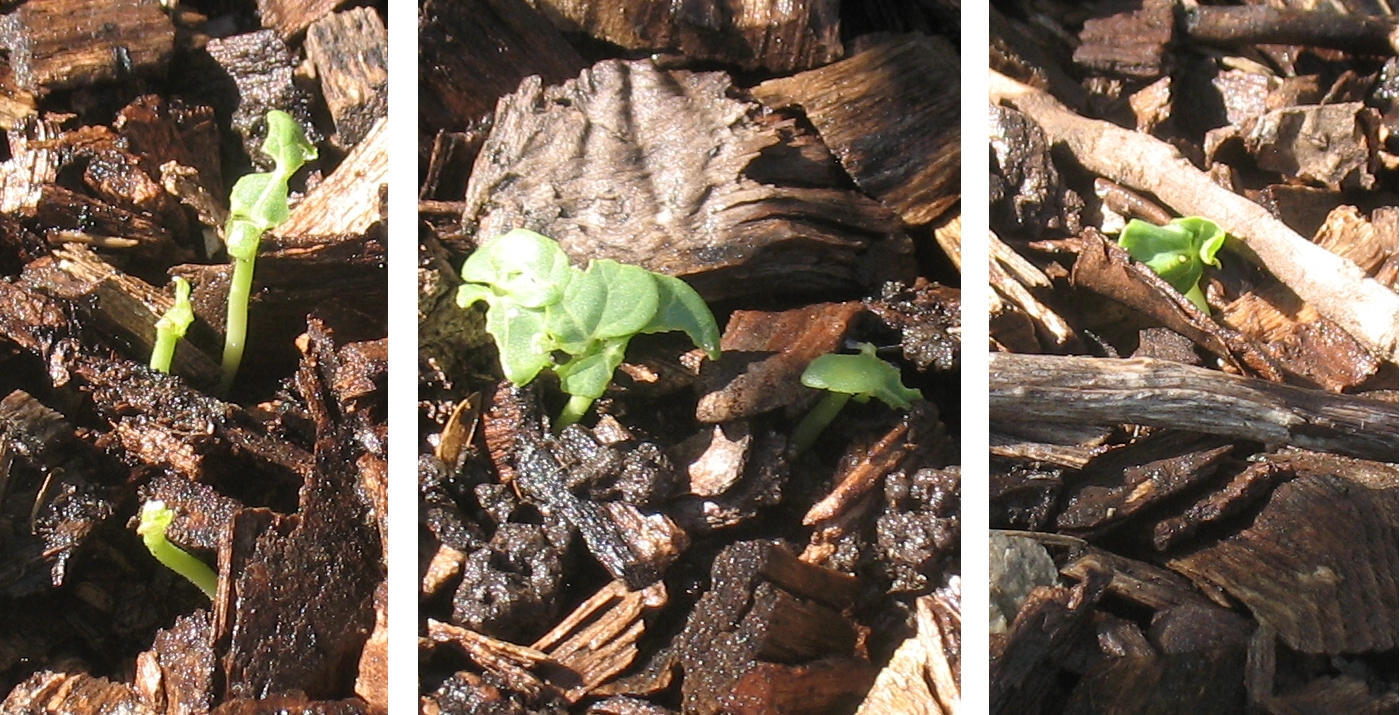 I had planted them in three clusters of about four or five seeds each. At least one sprouted from each cluster, but as you can see, these seedlings appear to be a tasty snack for some creatures.

The larger plants are also being eaten but have not suffered so badly: 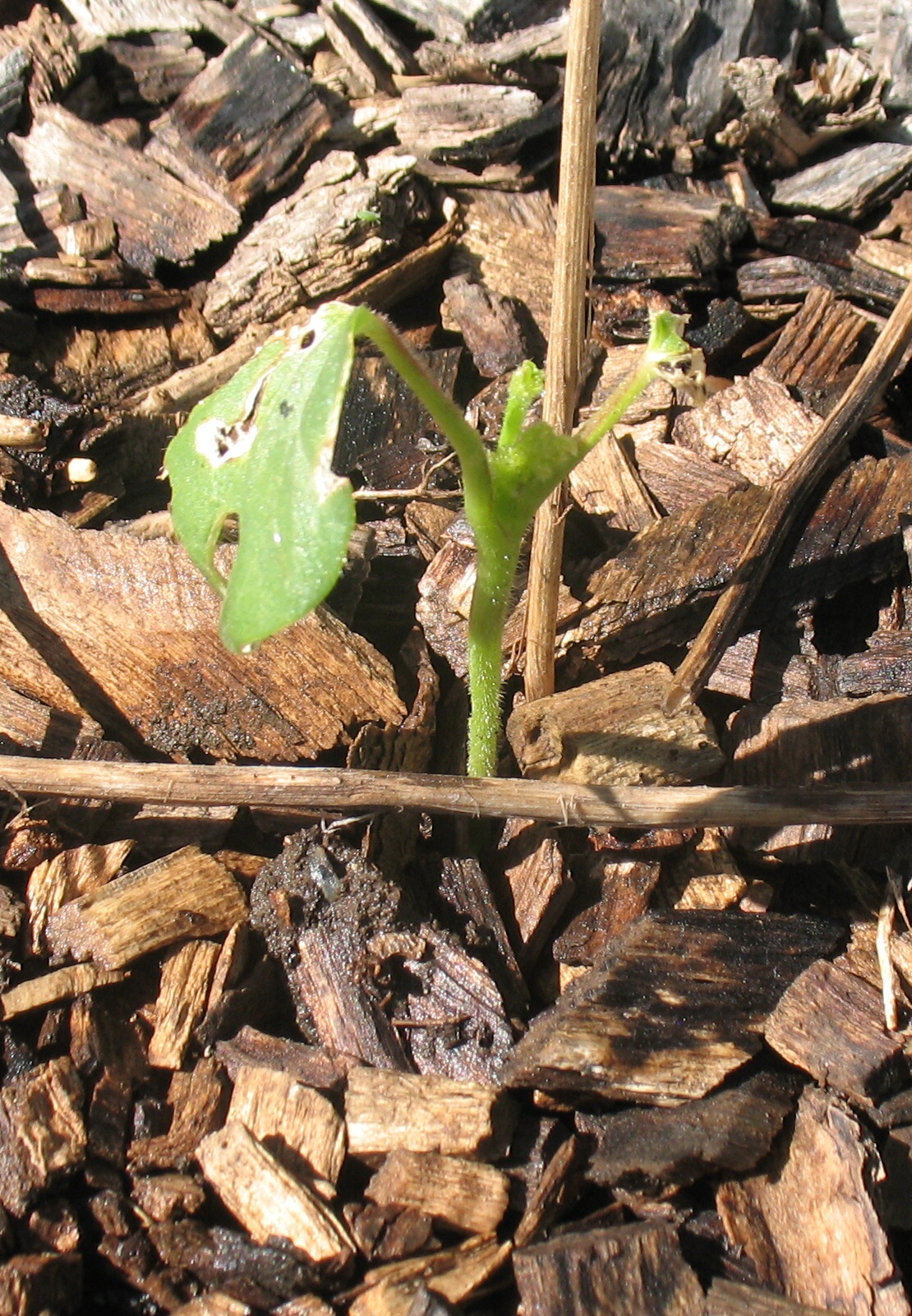 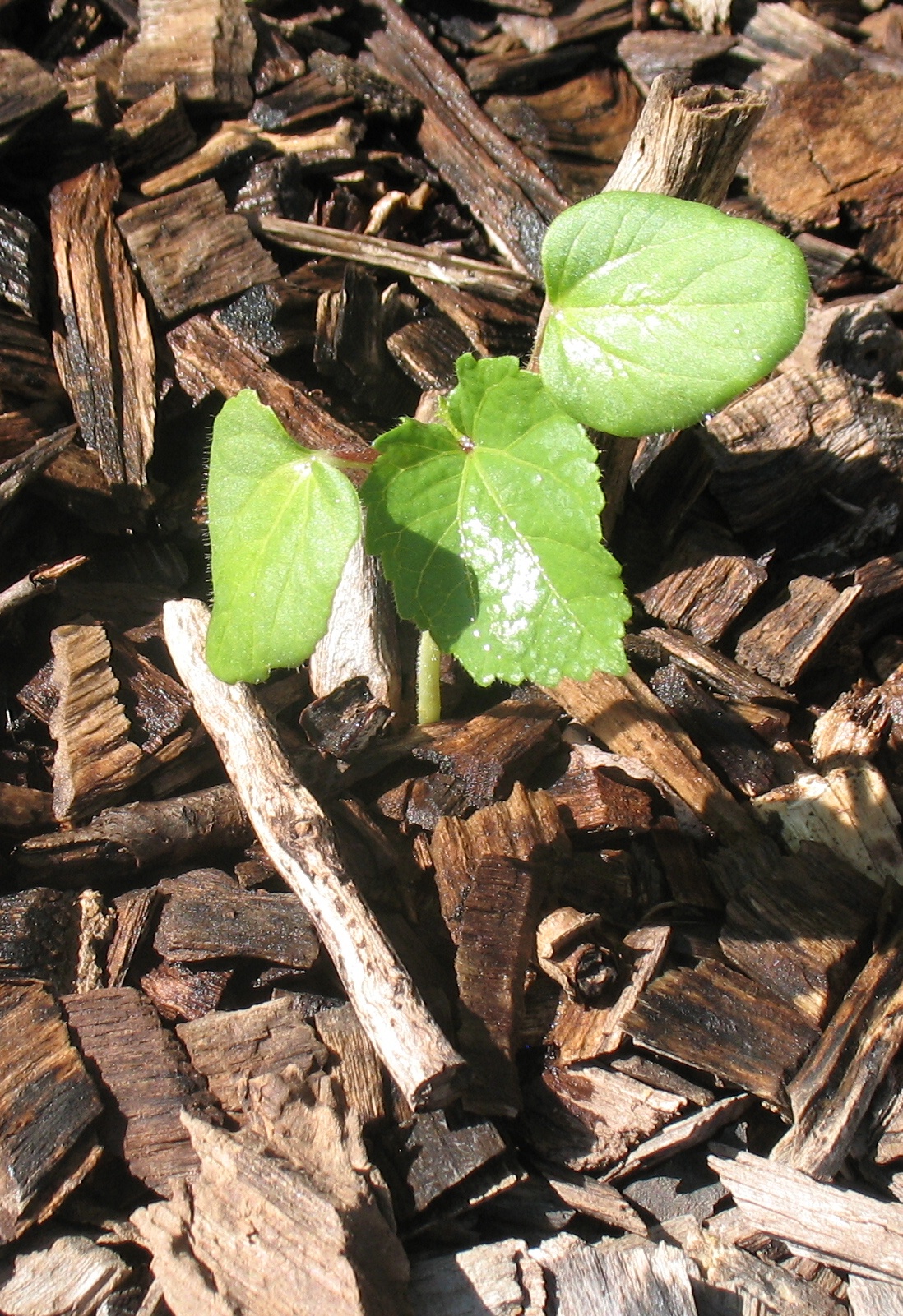 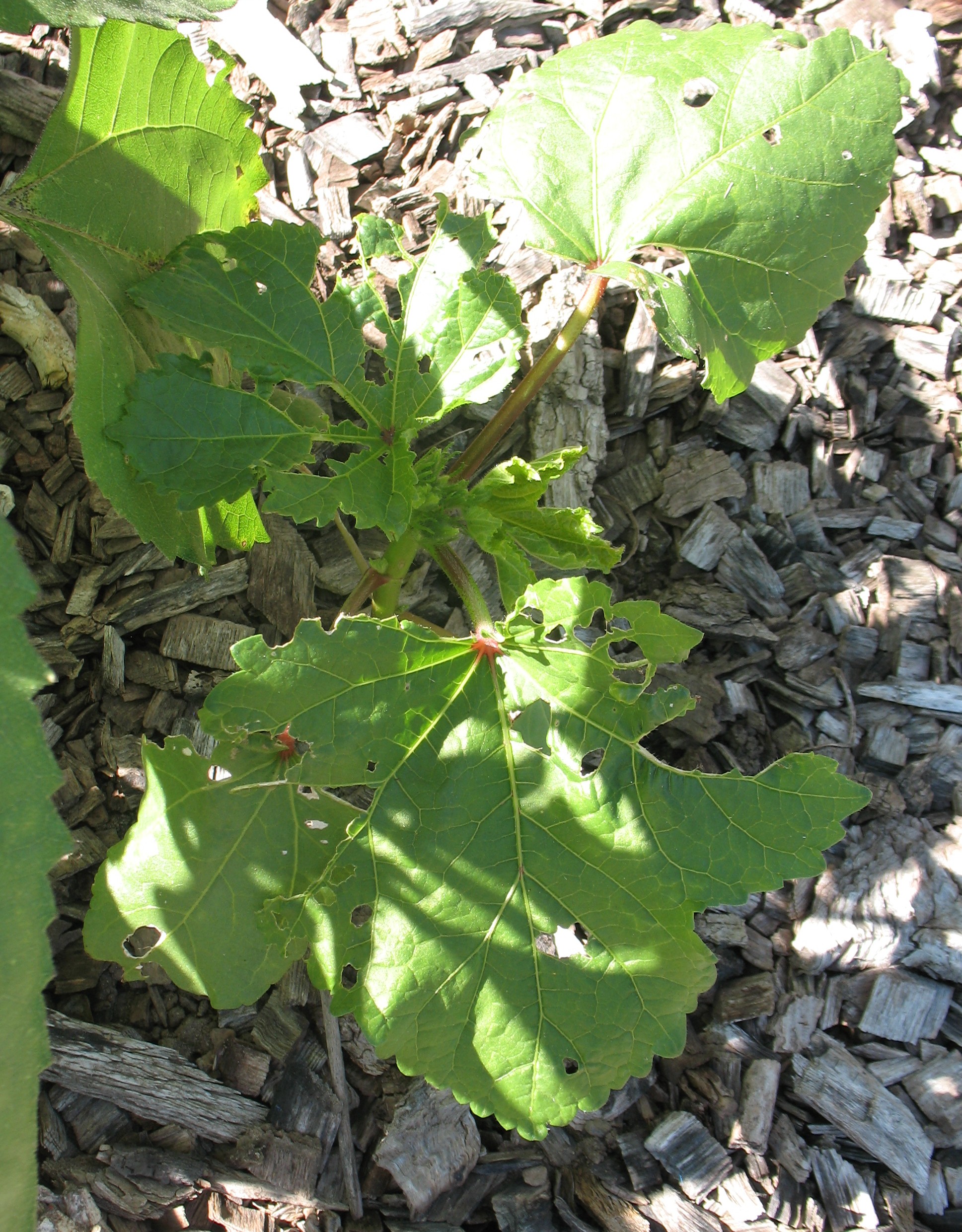 It is now early July so it remains to be seen how large these plants grow before first frost. I still have to remember to keep them watered through the summer.