Some work on the high-volume Monotype pump

I now have a hunk of steel mounted on my lathe that will eventually turn into a home-made long-stroke piston rod (part code hw17H) for increasing the volume capacity of the pump on the Monotype composition caster. 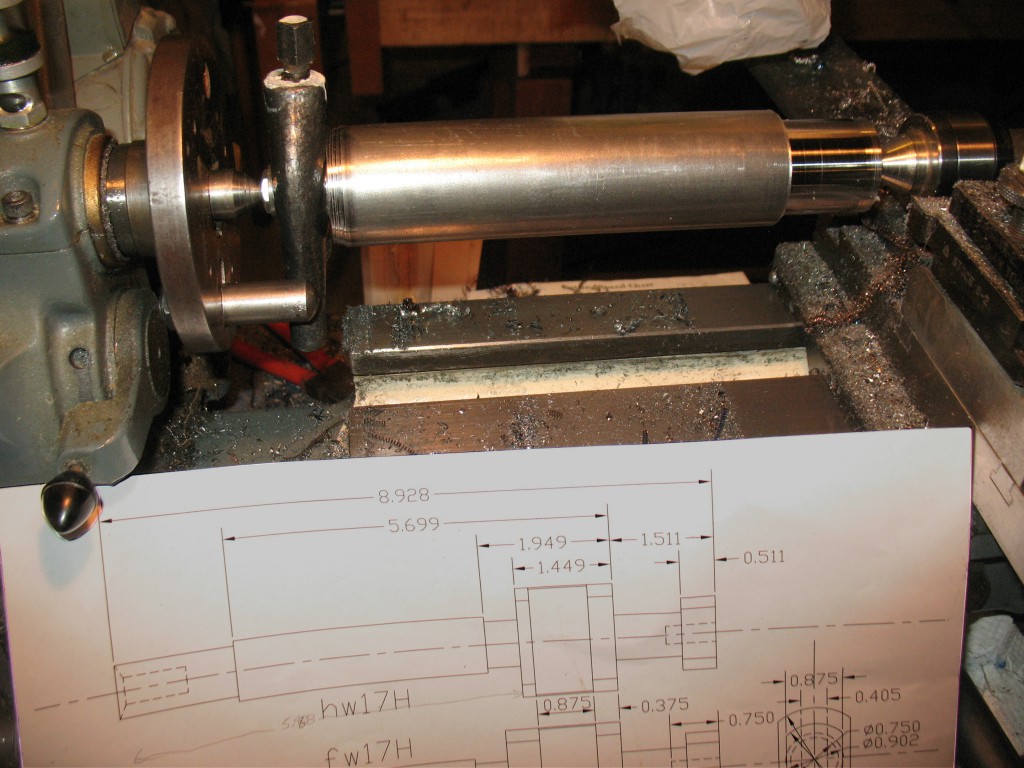 The part is mounted in the lathe, and the drawing is below. The left-hand end which holds the piston is already done, but is hidden by the drive dog. I have just faced it to the correct overall length and have started turning down what will be the top end where the handle attaches.

There is still plenty of metal to remove so it is a little hard to visualize things right now.

Note that the left end has a 120° countersink to match the cone-shaped locknut when all is assembled. To turn this part between centers on the lathe, I turned a matching cone shape on the head of a ⅜” bolt, and without removing the bolt from the chuck, I also drilled a center hole on the top of its head. By screwing this bolt snugly into the finished end of the part I have a good center hole to mate with the turning center in the lathe headstock. The bolt is plated and can be seen in the photo as the slightly more silvery piece that is right against the lathe center.

The threaded hole at the other end, which the handle screws into, is not very critical so it will be one of the last things done, probably on the drill press, once all the lathe work is finished.