Despite all the difficulties I encountered in last weekend’s attempt to do some composition casting, I still ended up with some type cast, which I proofed on my Challenge MA15 and annotated: 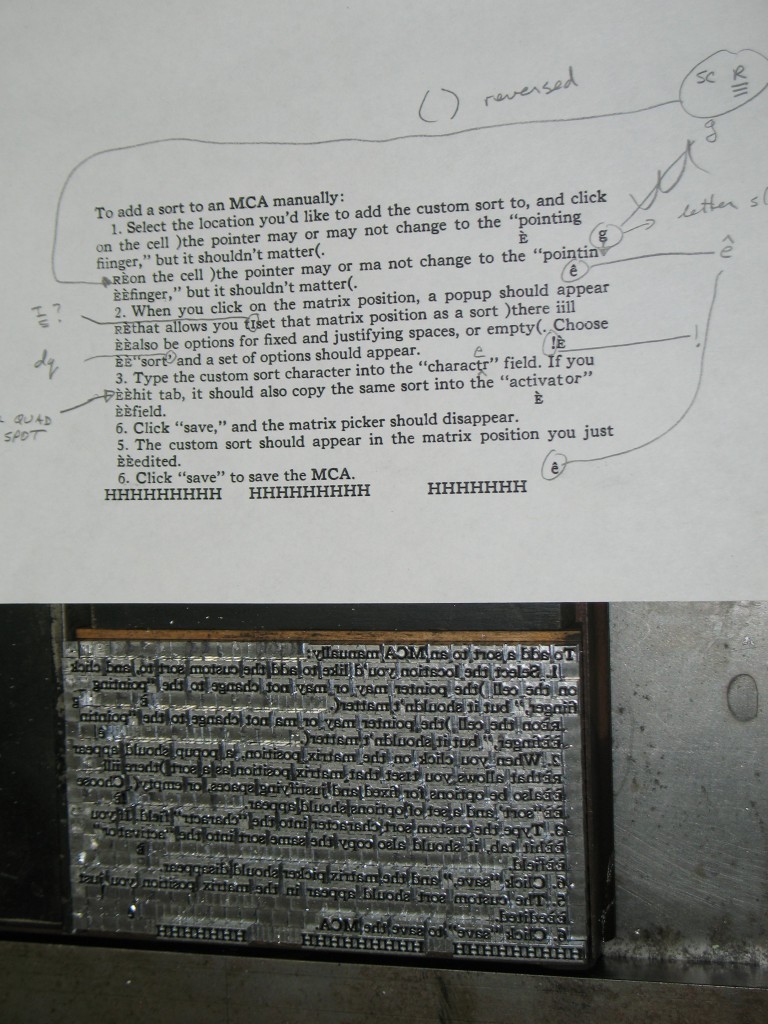 From this it looks like my matcase arrangement isn’t quite what the ribbon expects. In particular there seem to be some characters in positions where the ribbon expects to find low quads. There are also still two re-keyed lines where the original erroneous lines (in this case missing their indent) were not killed. I will splice these two lines out of the ribbon. One lowercase ‘g’ floated into the wrong line because the galley width was set generously to allow for varying line length. There are some other errors that may be due to incorrect compressed air pressure causing the wrong air pins to rise. The parentheses appear to be interchanged in this case as well.

The matrices themselves ended up with a lot of type metal pressed into them. I may be getting a lot of leakage in the seal between the mat and the top of the mould and some of the flash is adhering to the mats.

This weekend I’ll be trying again, and I hope it won’t take all weekend this time!