From drought to downpour

We’ve had several weeks here with essentially no rain, and the garden has been looking rather sad. I planted tomatoes, cucumbers, melons, and basil around May 24th, with promise of rain (finally!) in the forecast but it did not materialize, so I’ve has to hand-water the transplants.

Yesterday the rain came with a vengeance! It rained so hard that there was a big washout in the garden. 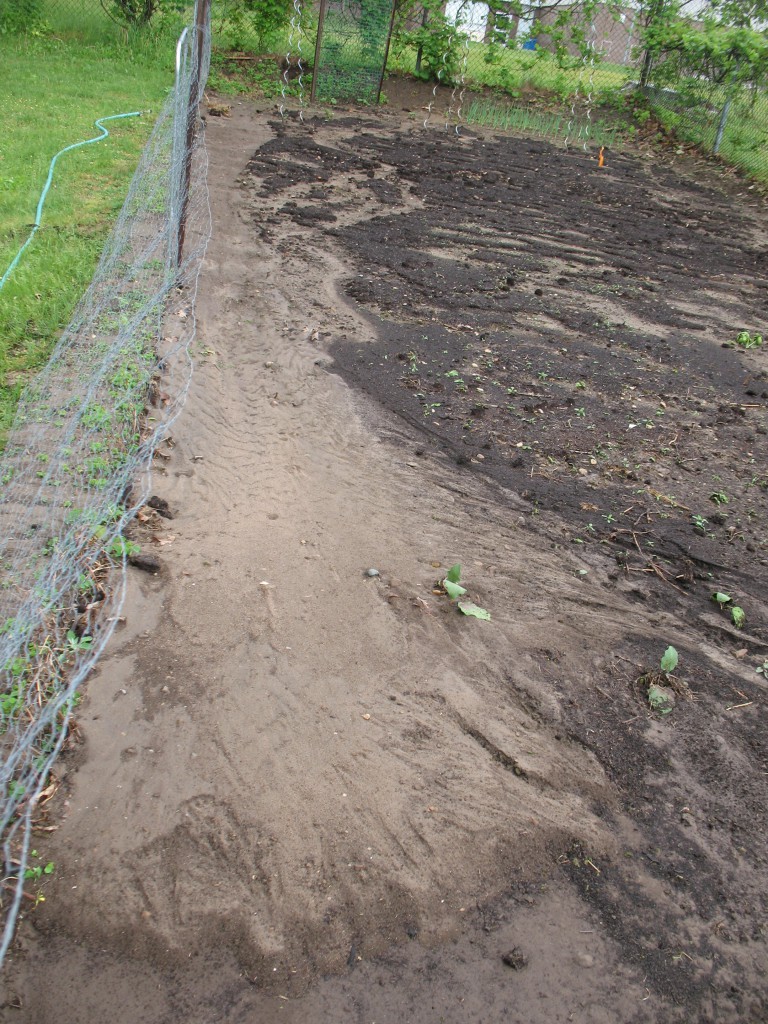 The main washout. The land slopes towards the camera. Soil washed out from the upper part of the garden along the schoolyard (about 12m away) deposited in a delta in the foreground, almost smothering some eggplants. The darker soil is composted manure which I had spread on the soil and has now been redistributed by the water. 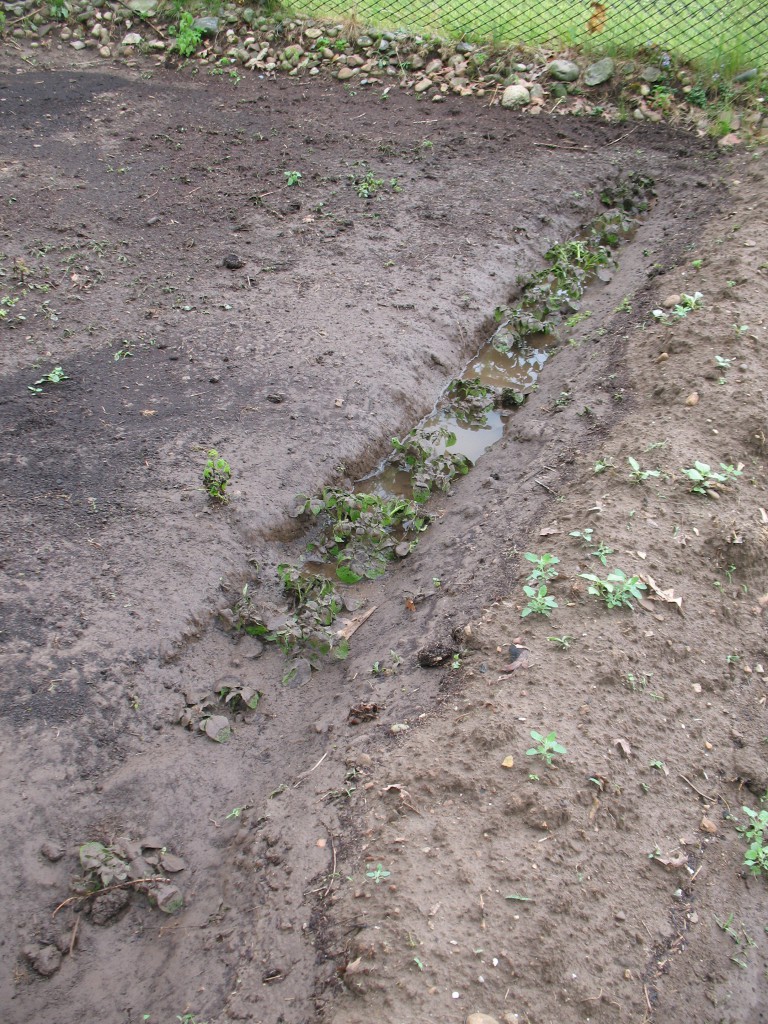 The finer particles that didn’t deposit in the delta continued to the first trench of potatoes, filling the trench with mud. I was going to fill the trench as the plants got bigger, but the weather has done it for me. I might actually have to rescue some of the plants that have been covered. 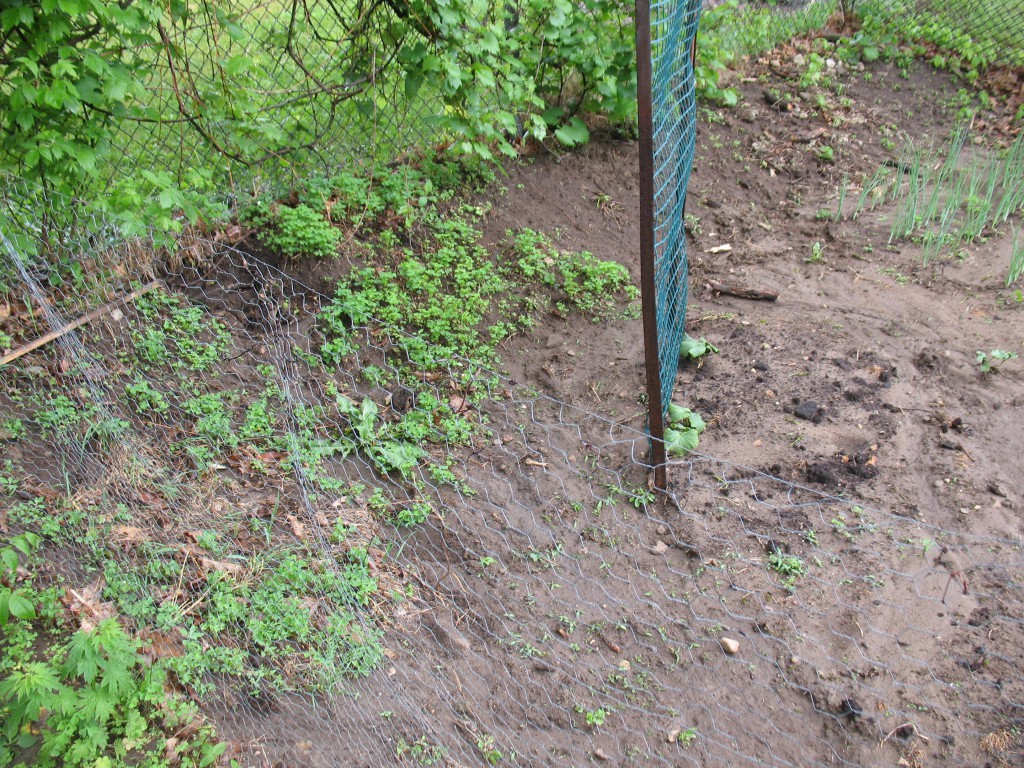 Water flowing from the schoolyard dug away at this 30cm slope, especially where I had dug up a large weed recently. The cucumbers plants (against the green trellis), melon (center right) and onions (far right) were not really affected, nor were the weeds (left). However, just beyond the lower right of the photo, the flowing water dug away about 5cm of soil, probably taking out some beans I had planted. 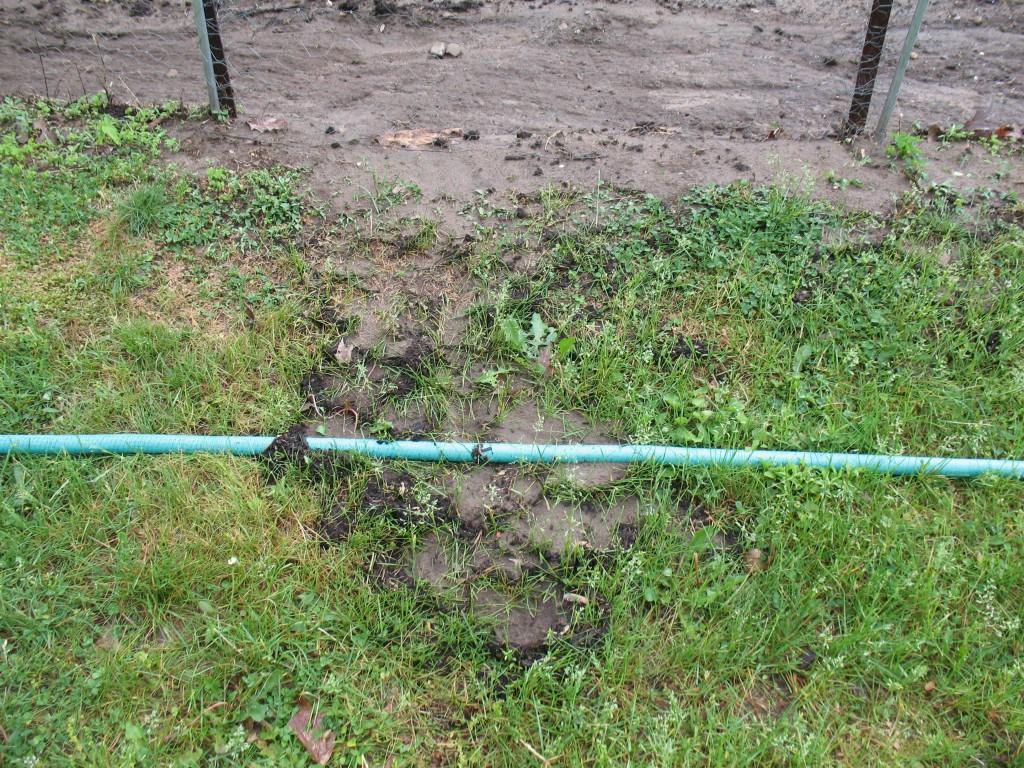 Quite a bit of soil also washed onto the lawn at several places along the edge of the garden.

This erosion probably only damaged some planted beans, because it mostly flowed where I had nothing planted. However there are other areas of lesser erosion that might have done in some carrots, beets, and parsnips that haven’t yet sprouted, and I think I lost at least one Brussels Sprout plant. Things are just too muddy to take a closer look yet.

Another 10 to 15mm of rain are expected today, but as a steady rainfall, not all at once like yesterday.