I have a Monotype diecase for Lanston 12-point #21EFG Binny Old Style which includes most French accents, but was missing question and exclamations marks in both roman and italic, as well as the small cap Z.

I was quite pleased to find recently, in a box marked “Symbols and Ornaments/Misc Comp Mats”, the missing matrices. Well, most of them; the roman exclamation mark is actually Lanston #272 Caslon Old Style, but close enough. 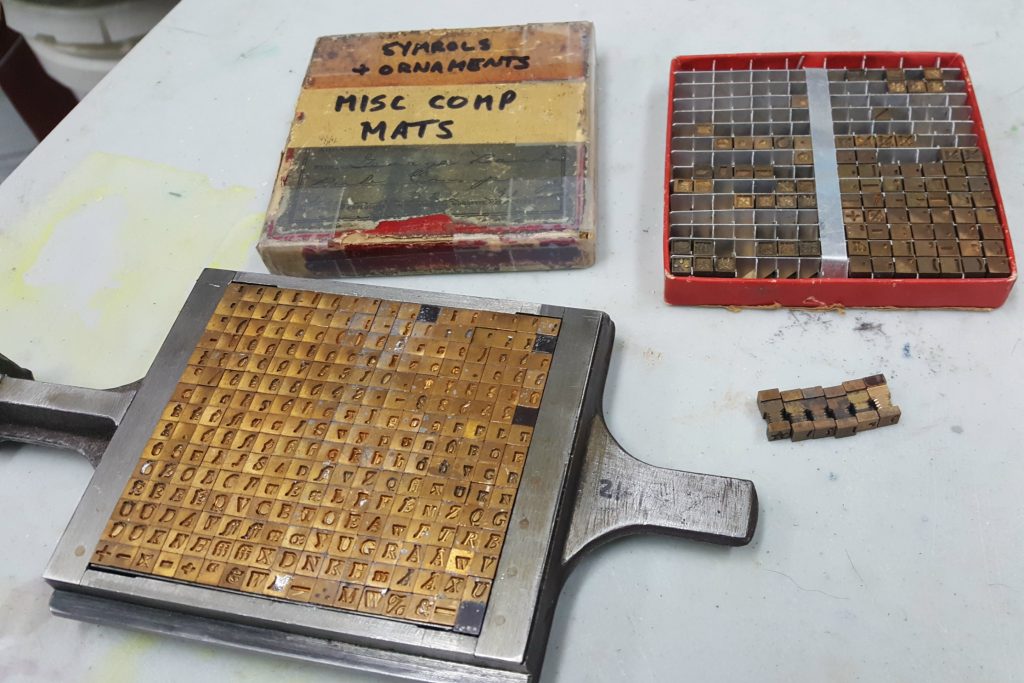 The matcase and the dusty stash of matrices.

I also wanted to cast a dingbat (a 5-point star) as part of my first computer-controlled casting job. This came from a separate box of symbol matrices I have. This box is unfortunately full so it can’t take the symbol matrices from the somewhat decrepit cardboard box in the photo.

The matrices to put into the diecase

I opened up the diecase, cleaned out some type metal that had found its way between the matrices, and put in the missing matrices. The star replaced a plus sign, the two exclamation marks replaced some filler matrices that were just there to take up the positions, and the small-cap Z and question marks replaced a dash, a period, and an italic ô in the 8-unit row. The matrices I removed were returned to the box. If I had Unit Shift on my caster I could have moved the ô to the next row instead of taking it out. 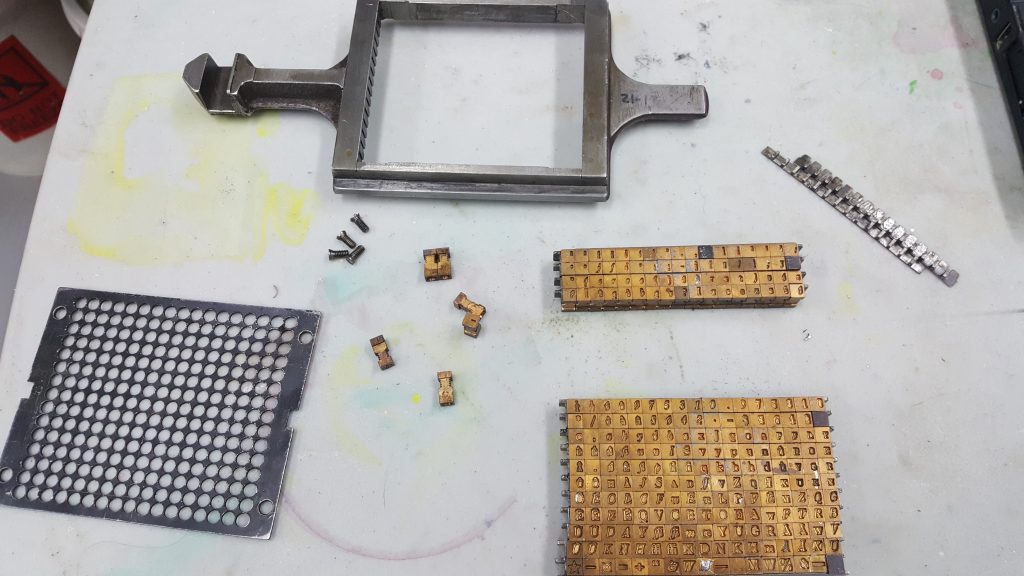 The diecase opened up, with the matrices replaced, and the outgoing ones loose on the table.

I also replaced three of the combs in the diecase, because the combs already there must have had burrs on their ends. They would not slide smoothly into their grooves in the diecase. This was when I discovered a set of strange 18-position combs in my parts collection.

After finishing my casting job I will be putting the plus sign back and returning the star symbol to the wooden box of symbol matrices.