I found an unusual Lanston Monotype 30pt display mould (for the Composition caster and Type and Rule caster) at my last visit to Don Black’s.

What intrigued me was that the top of the blade appeared to be split into two sections. I thought it might be for doing something like casting from composition matrices onto large-body type. Without actually knowing what it was I bought it because such oddball things intrigue me.

Unlike most Lanston display moulds, this one did not have the “scissors,” a pair of levers which transfer spring pressure to either keep the top blade moving with the main blade (for casting type and high quads) or to keep the top blade closed (for casting low quads). There was not even provision in the mould body for the scissors and their pivot. There also appeared to be no other provision for independently controlling a two-part blade.

The mould was stiff with aged lubricant but I managed to pull the blade open. Once I saw the open cavity I realized that what I had was a mould for making cored type, that is, type with a deliberate hollow in the middle to make the formes a bit lighter to handle.

The Lanston Monotype moulds can be refitted with kits for casting various sizes of type, although the kits are custom-fitted to the mould and must match by serial number. This is what the usual blade kit looks like: 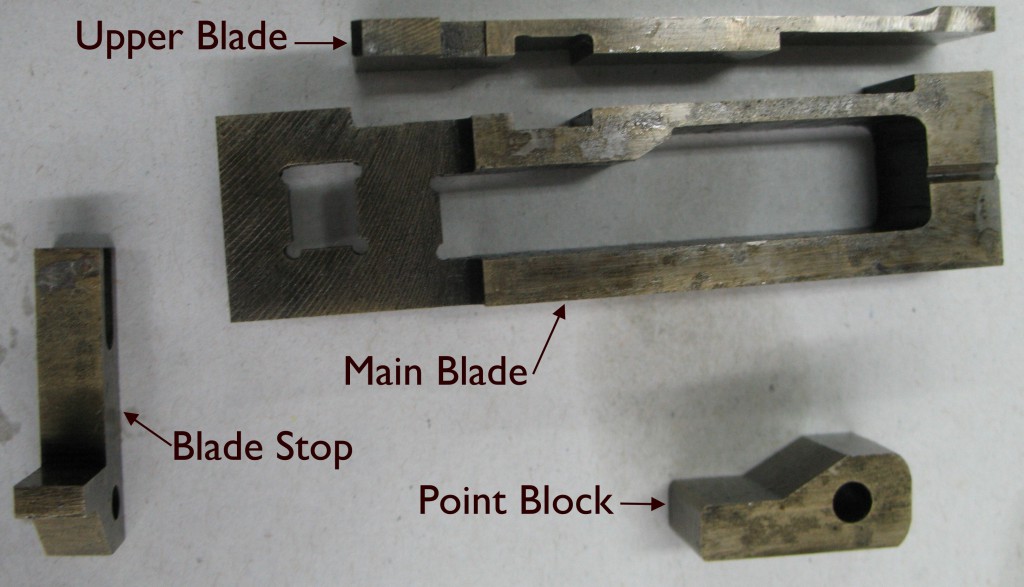 Here are the corresponding parts for the cored-type blade: 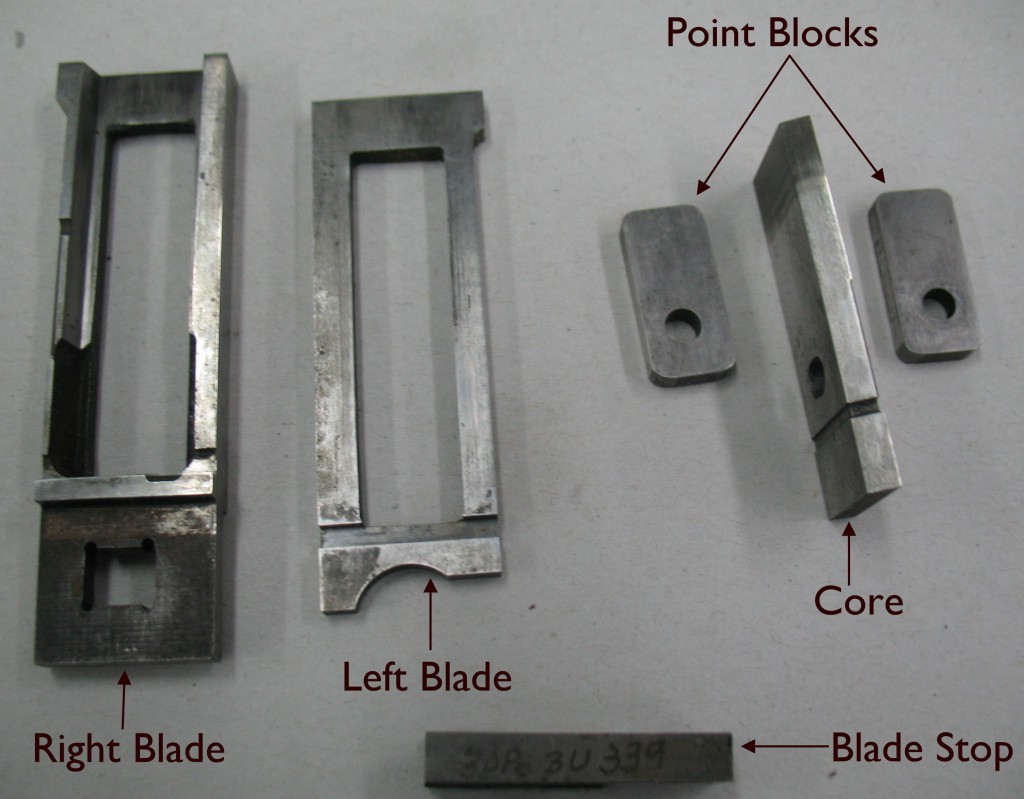 A tang near the rear of the right blade engages in the left blade so the two always move in unison. The core nestles into the recess in the right blade. The blade stop is a simple rectangle (rather than the duck-head shape of normal blade stops) because it does not have to provide a stop for any upper blade. The thickness of the core plus the two point blocks determine the point size of the type.

This shows the assembled blade and core:

Finally, when the blade in installed in the mould and retracted (with crossblock removed as well), this is what you see: 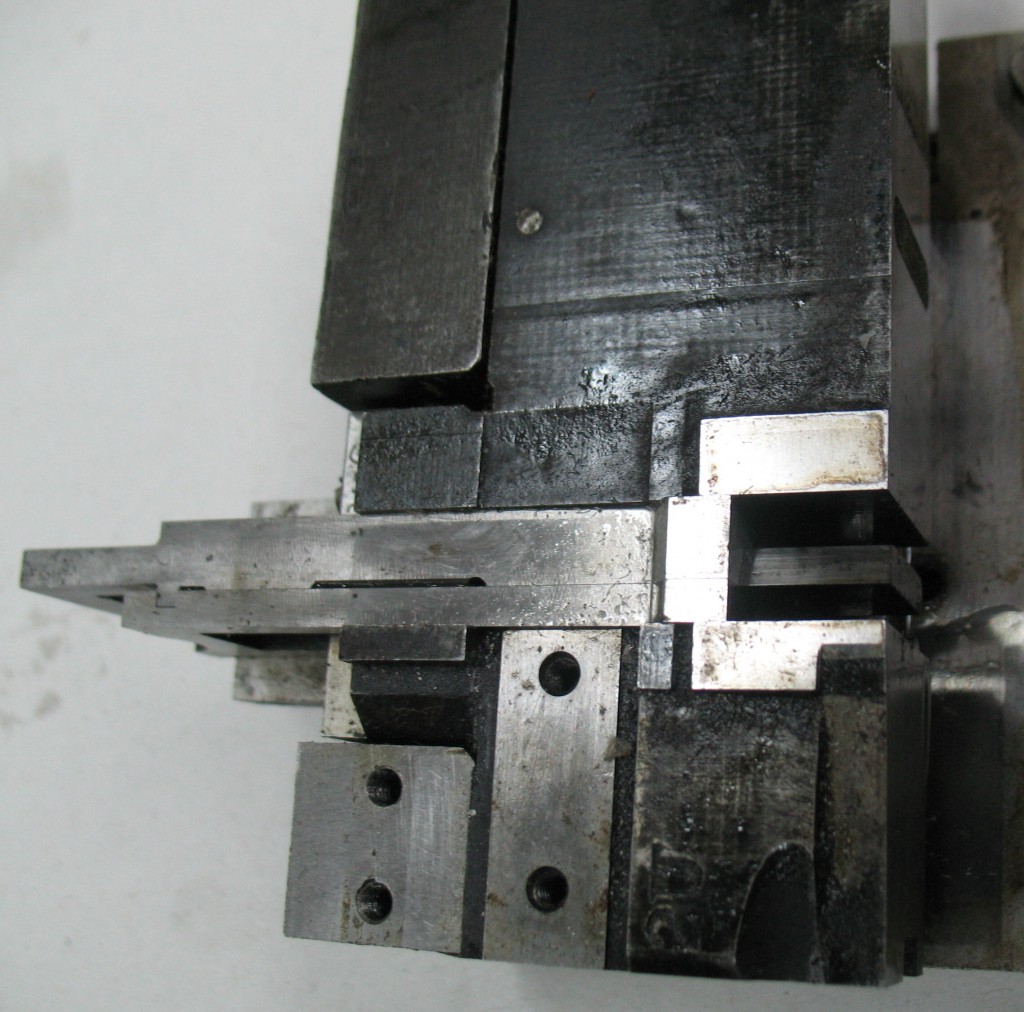 The end of the core come just a little short of the ends of the left and right type blocks, so the cavity in the type would probably not quite go all the way through. The slot between the two halves of the blade allow oil to lubricate the contact between the core and the blade halves. This particular mould does not appear to be that heavily used, but based on the condition of the screw heads it does look like it was disassembled often so during its service life it may have been a bit of a troublemaker!