Yesterday I was at the Mackenzie Printery and Newspaper Museum in Queenston Ontario. The museum is not open to the public right now, but members still meet there to work on organizing and cataloguing the collection, and I was in the area so I dropped in.

One item I saw there turned out to be a mould for duplicating a piece of type. This would be used by letterpress shops in a pinch when they are short a letter or two from a font, or need an extra copy of some dingbat. 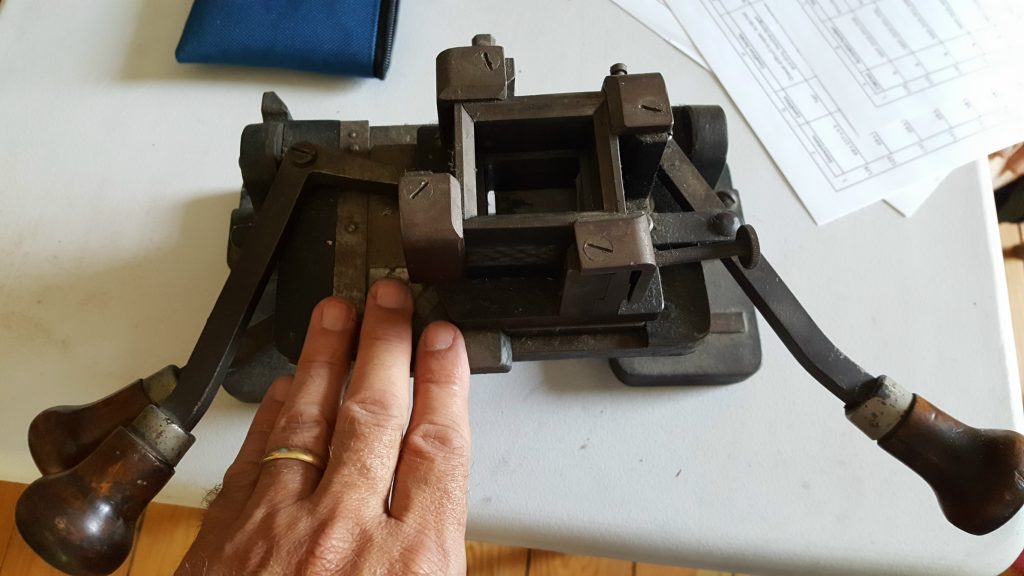 The general idea is that the type to be duplicated is placed in the mould, then molten type metal is poured in to form a cast of the face of the type, which will act as a temporary matrix. The original type is removed, then the matrix is reinserted into the mould, and more molten type metal is added as one would cast type with a hand mould.

The quality of the duplicated type is not so great because there isn’t any pressure to force the molten metal into fine details—you can’t even do the “jerk” one does with a regular handmould to try to force the metal into the details. As a result thin strokes and fine serifs end up thinner than they should.

Despite the poor quality, it is better than no type at all. I would expect than once the shop is done with the forme and is dissing the type, these duplicates would immediately go to the hellbox rather than get mixed in with the good type. 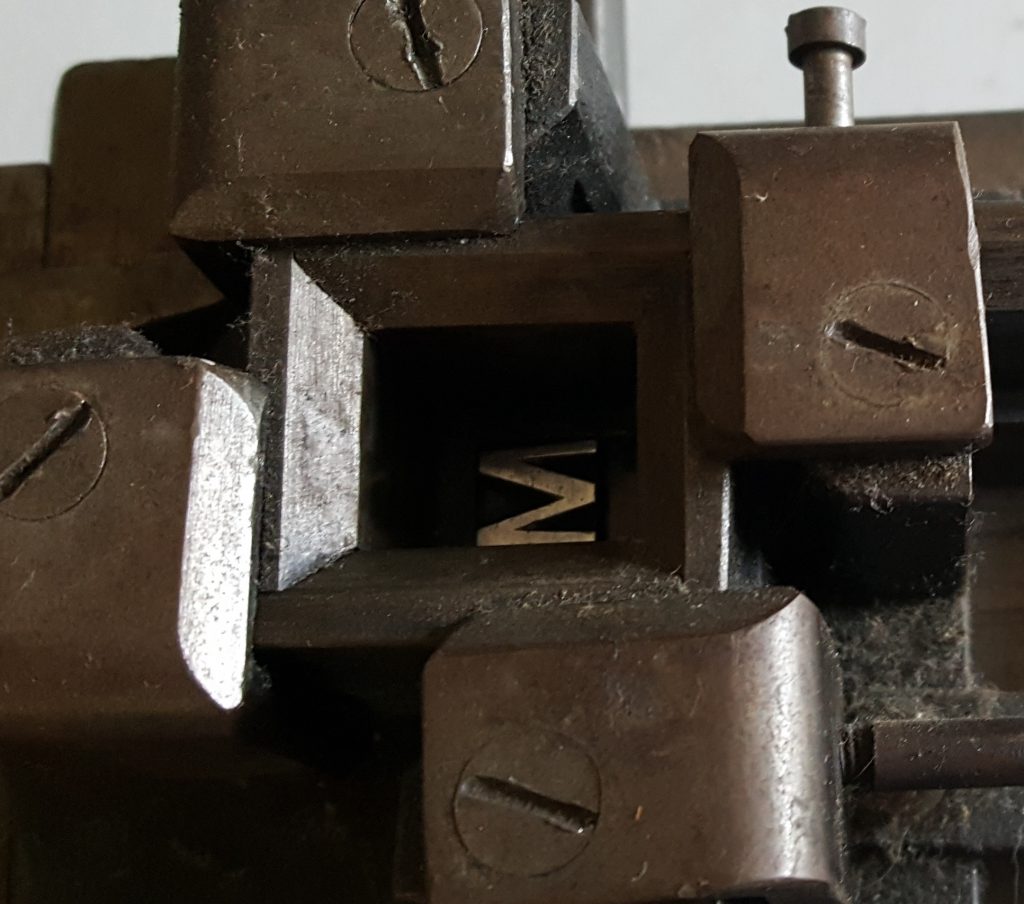 The mould closed up around a piece of type, ready for casting the temporary matrix.

In this particular duplicating mould, two levers adjust to the height and width of the type, up to about 2 inches square, and a couple of screws can lock the mould to that setting. The unit is hinged to flip the mould to cast the actual copy of the type, and another handle operates a blade that cuts off the casting gate. The base has two holes to accept flat-head screws to attach it to a workbench; you could use it unmounted but attaching it to a bench would make the levers, especially the gate-cutter, easier to operate. 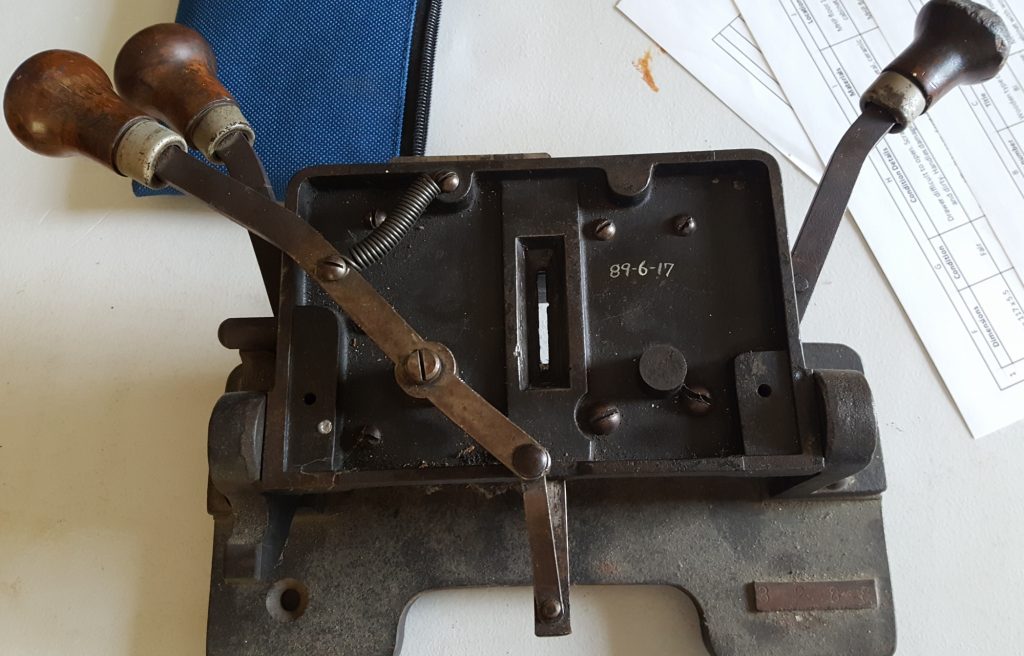 The mould flipped into its type-casting position. This shows the mouth where the metal would be poured and the lever and blade that cuts off the gate after the metal has hardened.

This mould has a bit of rust and a lot of dust so it needs a good cleaning and lubrication to make it workable again.

One aspect that I’m not sure about is what holds the temporary matrix from sliding out when the mould is inverted to cast the type. It is possible that the cavity where the matrix is cast has some groove or ledge that I didn’t see which would retain the matrix, or perhaps the handles and levers allow enough pressure to retain the matrix by friction alone. The fact that it does not have to withstand any significant pressure probably helps a lot.

Patrick Goosens has pointed out that this is called a Typofix, and David MacMillan’s website has some information on it, including a somewhat messy scan of the instruction sheet. It is used pretty much as I surmised. There are apparently some sort of locating features to keep the matrix properly positioned. Both the type to be duplicated and the resulting matrix must be coated with soot so they come clean from the metal cast against them.