We have two presses which are used in papermaking to press excess water out of the sheets and also to make the sheets thinner and denser. 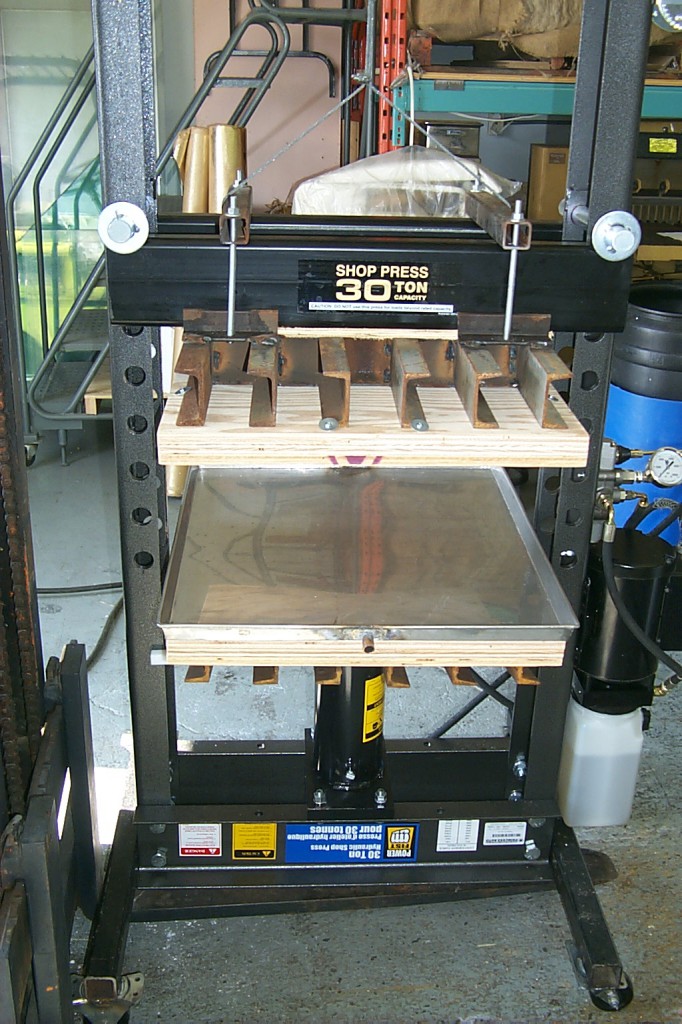 The one we use regularly is actually a power hydraulic 30-ton arbor press assembled upside-down. The upper platen is raised by a cable winch to make enough room to insert the post, then lowered as far as it will go under its own weight. The heavy pins are put in the lowest holes that are clear, and we hoist the platen back up against the pins. Then the hydraulics are used to raise the lower platen, which accomplishes the actual pressing.

There is a tray with a spout on the lower platen which allows us to collect all the water in a pail so the floor stays dry. We normally put this tray on the papermaking table and stack the post right in it, so it also acts to catch the water that weeps from the post as it gets taller.

Finally, a hydraulic pressure gauge allows us to determine how hard the paper is being pressed. The platen is about 21×25″ so with a full-size post the press can produce a pressure of about 115PSI. For smaller posts the pressure can be much higher but we avoid that so we don’t crush the center of the wood face of the platen. 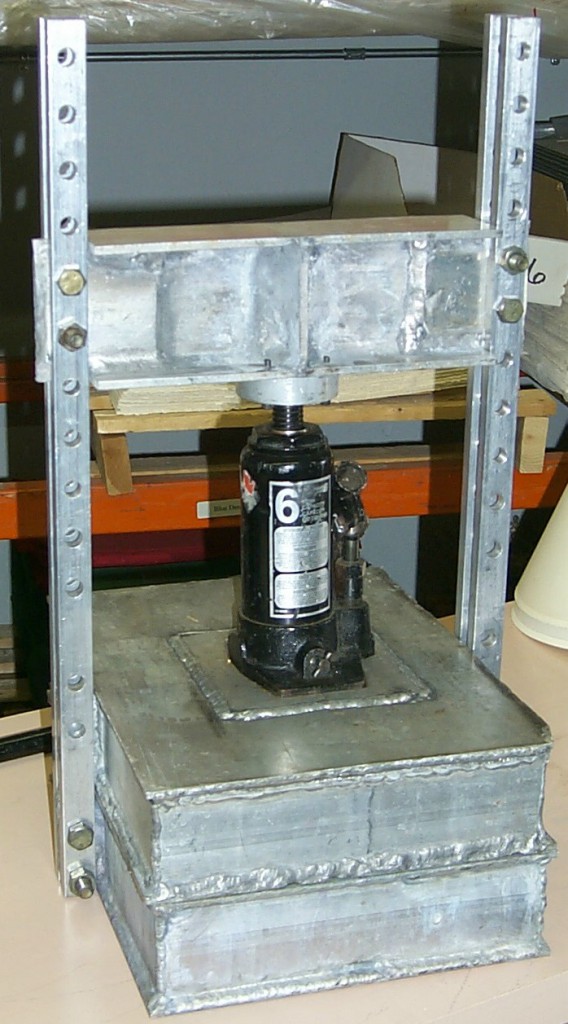 The other press which we use when we are on the road is a 12×15″ manual 6-ton press built out of aluminum. The upper and lower platens are hollow boxes with internal ribs all welded together. The upper cross-beam is an I-beam made by welding flat plate together. On this press, you place your post on the lower platen, then put on the upper platen, the jack, and the cross-beam. Four bolts are put in to attach the cross-beam at its lowest possible position. The piston of the jack can be screwed out to take up the slack. Then you just pump the jack until you think things are pressed enough. With a full 12×15″ post this press can only produce about 66PSI. Because of the aluminum construction it is possible to pick this press up with a single hand, although it is certainly easier to move around when broken down into its pieces. This press unfortunately has no catch tray so the water goes wherever its wants to.